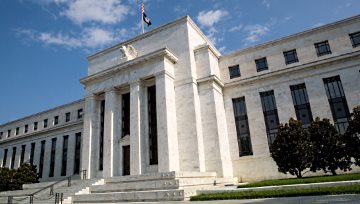 Federal Reserve Chair Janet Yellen spoke in Washington D.C. on Friday after market close about monetary policy since the financial crisis. While we couldn’t observe a US Dollar reaction, the DXY Index had by that point pulled off a partial recovery from last week as December Fed rate hike expectations firmed. That arguably began with Mrs. Yellen on Sunday. She then ended the week with a brief reality reminder.

According to the Fed’s Chair, it will take some years for the balance sheet to normalize as they reduce their security holdings. In addition, she said that unconventional policy tools will likely be needed again should a future economic downturn drive short-term rates back to their effective lower bound. Mrs. Yellen also offered an uncomfortably high probability that rates will essentially hit zero at some point, even in the absence of a major financial and economic crisis.

Later on during her Q&A session, Janet Yellen acknowledged that there is a concern that inflation is under 2 percent and that some survey measures of CPI have slipped. She also declined to comment on tax reform promises. Earlier that day, the Greenback soared as the US Senate passed a budget that would eventually clear the way for President Trump’s tax plan. The Fed Chair does hope that whatever congress passes will enhance supply-side economics.

Fed funds futures now price in an 83.6% probability that the central bank will raise rates in December. At the end of last week and before Janet Yellen spoke, they stood at 73.3%. Meanwhile, the DXY Index did not completely recover from last week’s reversal. It stands just a bit shy from the October 6th close. 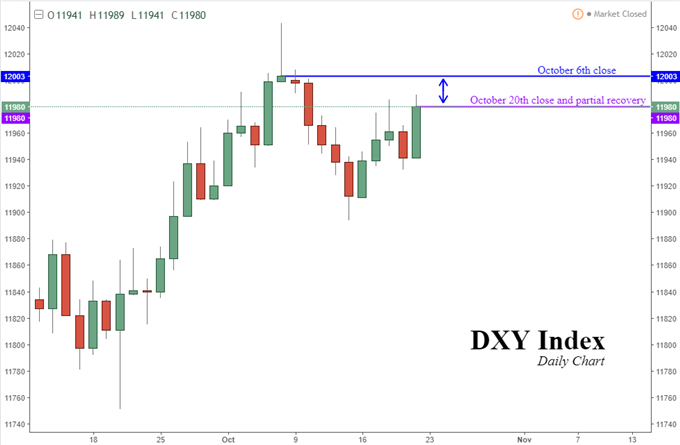