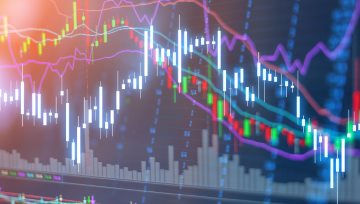 Just getting started in the NZD/USD trading world? Our beginners’ guide is here to help

The New Zealand Dollar slipped Thursday as it became clear that the Labour party would be the largest party in a coalition government.

New Zealand First Party leader Winston Peters said that his party will fully enter a Labour-led coalition, with the Green Party on board as well if possibly not as a full partner. That will make untested Labour leader Jacinda Ardern the new Prime Minister of New Zealand. Mr.Peters is expected to have a cabinet role, possibly that of Deputy Prime Minister, but there were no specifics on that on offer.

NZD/USD reaction to opinion polls before the vote suggested that a return of the incumbent, National-led government was the bulls’ preference. The pair certainly slipped moderately following Mr. Peters’ announcement. He also took the chance to suggest that he felt the New Zealand Dollar was overvalued and that a lower rate would help the export industry by which he said the country “lives or dies,” although he would not be drawn to comment on the kiwi’s immediate slide. 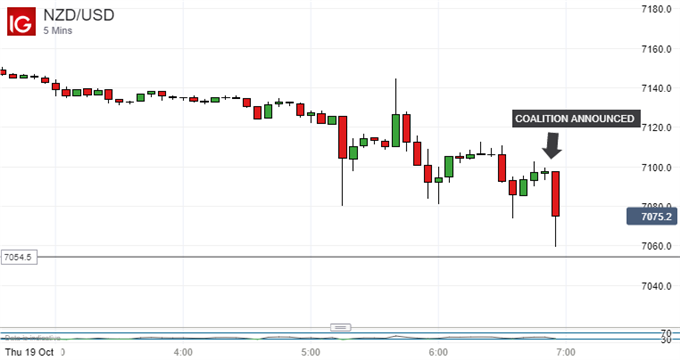 New Zealand First favours immigration restrictions and stopping non-nationals from owning property, but it is unclear at this stage how much of these policies-if any of them- will make it onto the government slate. Speaking to press Peters also said he favoured an effective currency peg similar to that of Singapore, rather than the current, freely-floating New Zealand Dollar arrangements. However, he conceded that he had not got that plan past the coalition talks.