What makes successful traders stand above the crowd? Is there really a secret ingredient? We’ve scanned millions of real-world trades in a quest for the answers.

The Japanese Yen was virtually unmoved Wednesday despite an upbeat Tankan business survey from the Bank of Japan.

That said it did show a Japanese economy heading into the year’s final quarter in pretty good shape, but the Yen is disconnected to some extent from its own country’s economic numbers. Last week’s manufacturing data were similarly perky and similarly failed to budge the currency. The BoJ’s position is that ultra-loose monetary policy will not change until annualized consumer price inflation is sustainably above 2%. It’s at 0.7% presently so there’s a long way to go. While the BoJ sticks to that script, the economics have little chance of moving monetary policy and so little change of changing the Yen’s investment case.

This disconnect was clearly seen again on Monday, although market holidays in China and Australia will have seen markets more shallowly traded in any case. There is also an election looming in Japan which will see economics play second fiddle to politics until the results are known at the end of this month. 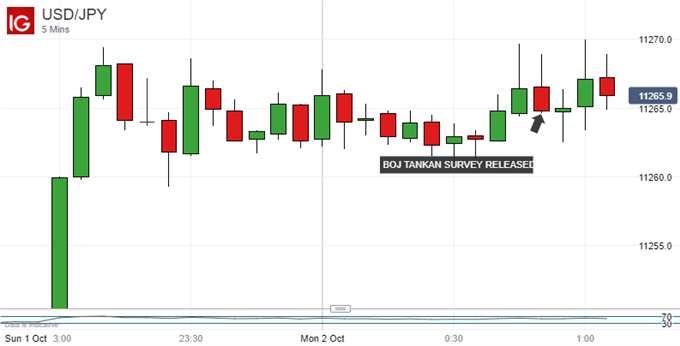 There was some good news for the BoJ on this front from the Tankan. Japanese firms continue to face labor shortages which raises the hope that previously elusive meaningful wage rises will bolster the economy’s pricing power.

The Yen has been under pressure against a generally stronger US Dollar for a month now, with USD/JPY rising sharply. That process seems to have run out of a little steam at present but, with interest-rate differentials so strongly in the greenback’s favour, and only likely to get more so, it is hard to see the Yen fighting back in the final three months of this year. 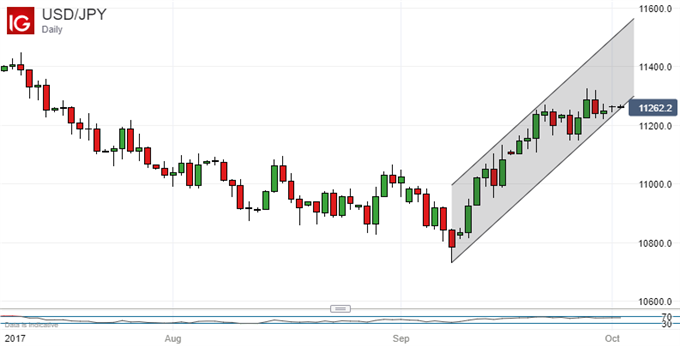