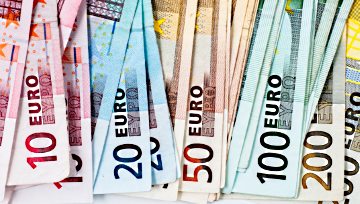 Just getting started in the EUR/USD trading world? Our beginners’ guide is here for you

The Euro was perhaps surprisingly steady as a new trading week kicked off in Asia Monday, despite news of quite widespread violence in the independence vote in Spain’s Catalonia region.

EUR/USD fell, but by less than a US cent and soon revived itself to get back above the 1.18 handle. However, markets will have been more thinly traded than usual thanks to holidays in both China and Australia, which may account for some of the relaxed response. 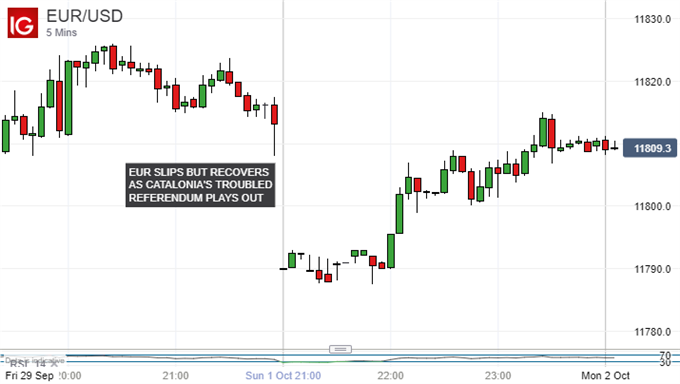 Spanish police have used batons and rubber bullets to try to halt the independence referendum which the government regards as unconstitutional and illegal. However, Catalan separatists are claiming a huge win for their side leaving both Madrid and the European Union with a huge problem in calming the situation. Spain is the European Union’s fifth largest national economy and will move up to fourth place following the UK’s departure. Catalonia accounts for about 20% of total Spanish output.

Asian investors may be more focused on Saturday’s economic data out of China, which was tremendously positive. The official manufacturing Purchasing Managers Index rose at its strongest pace since 2012 in September, hitting 52.4 from 51.7 in August. In the logic of PMI surveys any print over the 50 mark signifies expansion. New orders also topped output. These numbers were followed by news of record South Korean exports.

EUR/USD has perked up markedly in recent months as the Eurozone economy has shown clear signs of improvement. However, it has backtracked more recently still as the US Dollar has been more composed and the Federal Reserve has appeared more certain that interest rates will rise again in December of this year. 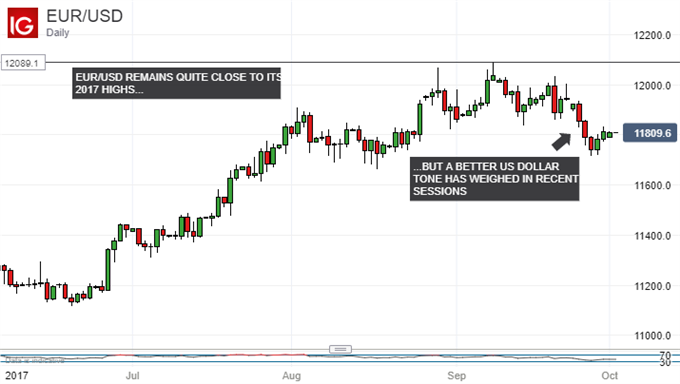 The Catalan situation remains fluid in any case and, given those market holidays in Asia, the true response may have to await Monday’s European trading session.