- FOMC holds benchmark interest rate in range of 1.00-1.25%, as was expected by markets (Fed funds futures were pricing in a 0% chance pre-meeting).

- Near-term Fed interest rate glide path remains unchanged from June 2017; another hike is expected in December, and three more are anticipated in 2018.

- US Dollar rallies across the board with perception of new hawkish guidance; USD/JPY moves above 112.00, EUR/USD slips under 1.1900.

The Federal Open Market Committee did what was widely expected of them today when they announced they would leave the main overnight benchmark rate into a range of 1.00-1.25%, as was priced into the market well in advance of today’s policy meeting. Ongoing lackluster US economic data, outside of the labor market, coupled with persistently soft inflation readings and depressed inflation expectations, gave the Fed few options heading into today’s meeting.

As was discussed ahead of today’s FOMC meeting, we believed that what could ultimately drive a US Dollar rally in lieu of a rate move today would be if the Fed announced the beginning of its balance sheet normalization process (it did, and the US Dollar is moving higher). Indeed, the Fed did signal the implementation of their balance sheet normalization strategy, which was outlined at the June meeting in the “Policy Normalization Principles and Plans” augmentation.

Effectively 'quantitative tightening,' the balance sheet unwind will be the withdrawal of stimulus from the US economy. Given the underlying instruments - Treasuries and agency mortgage-backed securities - it would appear that a balance sheet unwind announcement should help buoy long-end US yields. In turn, widening interest rate differentials and a steeper yield curve, over time, should help the US Dollar stabilize and break its 2017 downtrend.

Looking at the summary of economic projections (SEPs) and ‘dot plot,’ commentary from the initial FOMC statement suggests that policymakers are still cautiously optimistic on the US economy. Policymakers expect inflation to “stabilize around 2% in [the] medium-term,” noting that the recent hurricanes that have hit the southeast United States would probably boost inflation – via gasoline prices – only temporarily in the short-term, with no significant long-term impacts on the economy. 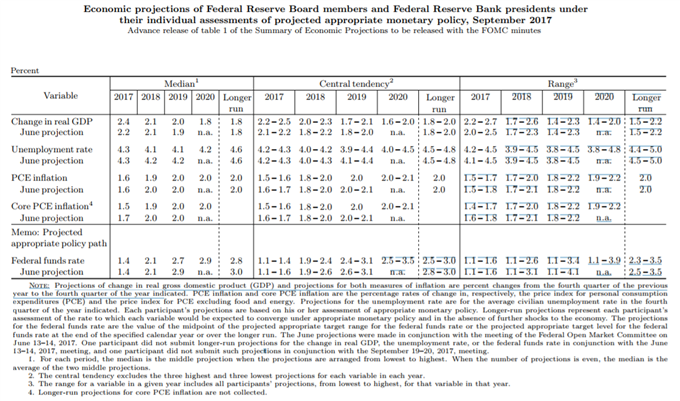 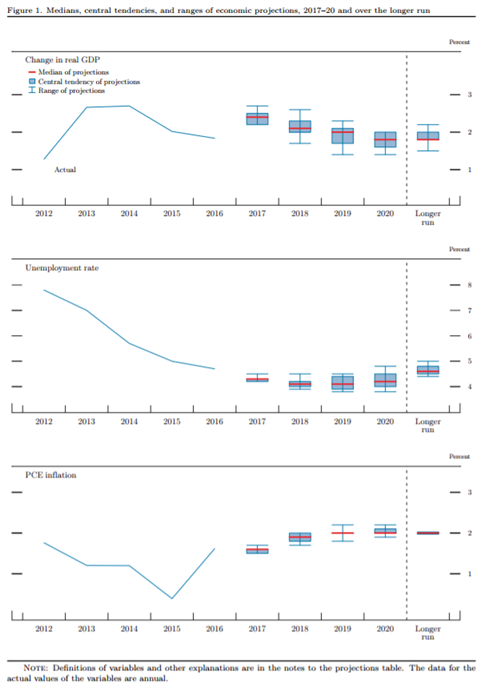 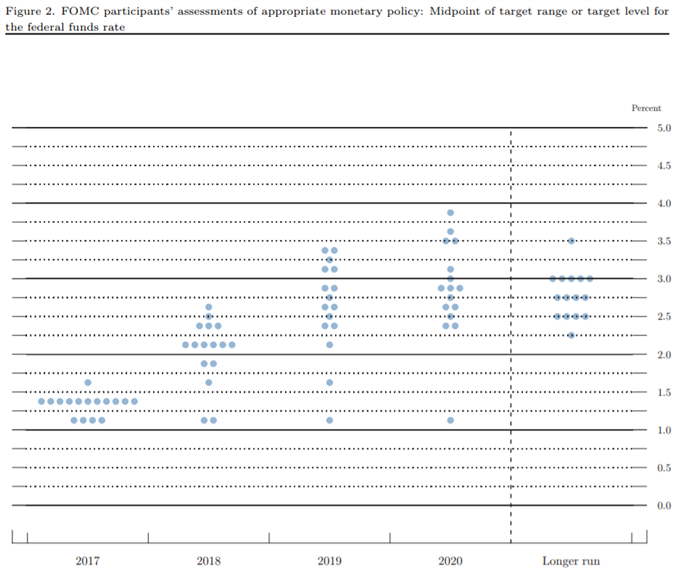 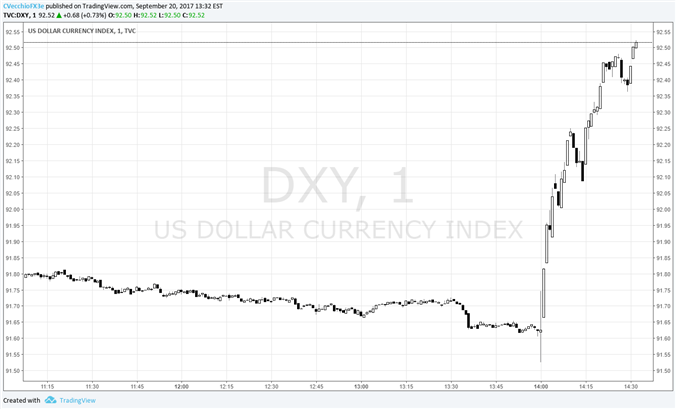 Immediately following the data, the US Dollar surged back versus the Euro and the Japanese Yen, with the Dollar Index (DXY) jumping from 91.62 ahead of the FOMC decision to as high as 92.52. DXY Index was trading at 92.50 at the time this report was written.