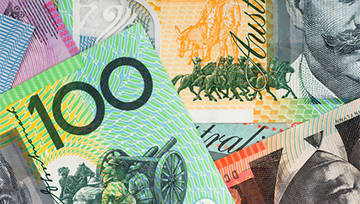 Get live, interactive coverage of all the major data which move the Australian Dollar with the DailyFX webinars.

The Australian Dollar continued to gain at first against its US counterpart Wednesday despite a weak showing from a key economic indicator, but slipped as investors considered the detail.

June’s Leading Index from major lender Westpac fell by 0.14% on the month. That doesn’t sound too bad in itself, even if it is much worse than May’s 0.01% fall. However, the six-month annualized growth rate fell 0.76% having increased 0.51% the month before. That’s quite a steep decline by the standards of the index.

And Westpac said June’s was the first below-trend reading since July 2016 and points to a “slowdown in momentum in Australia’s growth profile.” The deterioration mainly reflected a sharp rise in AUD-denominated commodity prices.

“While we have seen a sharp recovery in iron ore prices since mid-June in USD terms, the sharp increase in the Australian Dollar…will partly offset that adjustment,” the bank’s analysts wrote. The Reserve Bank of Australia is known to fret about the baleful effects of a strong currency, with its concerns most recently expressed in this week’s release of minutes from July’s monetary conclave.

AUD/USD has been rising this week as investors rethink the likely pace and aggression of US monetary tightening in light of various patchy data. The Leading Index release did not immediately halt that process, but gains do seem to have faltered a little since, possibly as investors delve behind the headline.

Australian interest rates remain at their now-aging 1.5% record low and are not thought likely to move at all until the end of next year, when futures markets currently tip a rise. 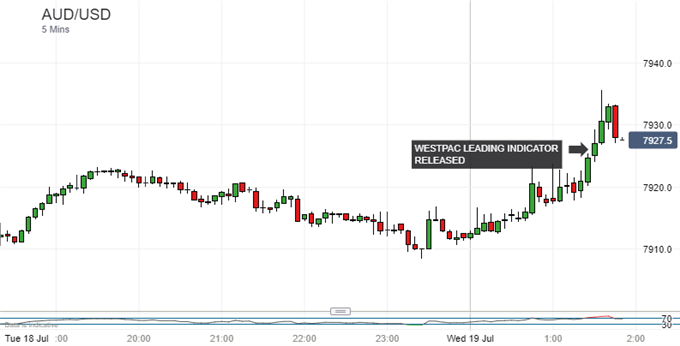