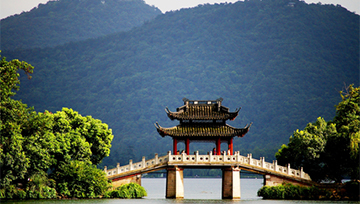 What sort of third-quarter can your favorite currency look forward to? The DailyFX forecasts are out, they’re free and they’re here.

Asian markets were mostly higher Monday focused on Chinese growth data and last week’s softer US economic numbers as a new week got under way.

Friday’s US consumer price index data came in just weaker than expected, with retail sales disappointing too. The resultant rethink in the likely pace of interest-rate increases from the Federal Reserve saw stocks gain and the US Dollar weaken quite sharply.

Meanwhile Monday’s numbers were all about China. Official second-quarter Gross Domestic Product growth just beat expectations, rising 6.9% on-year. However June’s industrial production levels came in much stronger, with steel output at a record peak. Both that sector and real-estate construction seem to be ending the year’s first half in great spirits. However, reaction to the numbers was quite muted, perhaps as investors were mulling a key Chinese government meeting which took place in Beijing over the weekend and which seems to have ended with participants wanting more state control over the economy.

Japanese stock markets were closed for holiday, robbing the region of key bellwether. Of those markets which were open, Australia’s ASX 200 was flat to slightly lower into the close while indexes in Hong Kong and South Korea gained. Shanghai stocks failed to capitalize on the stronger data, coming under pressure reportedly as investors were worrying about poor earnings prospects for start-up companies in Shenzhen.

The US Dollar remained under pressure but didn’t get a lot lower through the Asian session. The US Dollar index tracks its progress against a basket of major traded rivals and is still close to ten-month lows. USD/JPY was at 112.60 or so, having lost an entire “big figure” on Friday.

Crude oil prices firmed up by about 16 cents/barrel after news of a fall in US production-rig numbers and on perceptions of rising demand. Gold prices enjoyed support as investors suspected that they will see less-aggressive monetary policy in the US, rising about 0.3% per ounce through the Asian session.

The rest of global Monday is light in terms of scheduled economic news. However official, final Eurozone Consumer Price Index should draw a crowd, as should Canada’s existing-home sale numbers.