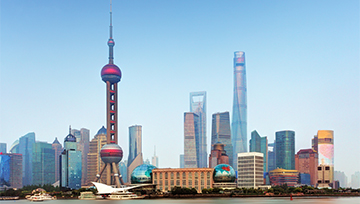 Get live, interactive coverage of all major Asia/Pacific economic data with the DailyFX webinars

The Australian Dollar made some gains Wednesday following the release of a rather mixed snapshot of Chinese activity.

June’s service-sector Purchasing Managers Index (PMI) from media group Caixin came at 51.6, below May’s 52.8. This left the “Composite” PMI for June at 51.1, just below the previous month’s 51.5. The composite aggregates the service-sector release with the manufacturing PMI already out.

In the worldwide logic of PMI releases any reading above 50 signifies expansion and, from that point of view, June was a reasonable month for the series. However, there were one or two devils in the detail. The composite rate showed the slowest rate of expansion for a year, according to Markit, which compiles the index for Caixin. It also said that service sector business activity was at its slowest for thirteen months. The Caixin PMI focuses on smaller, private Chinese firms while the official figures concentrate on the larger, State-connected concerns. The official data were released at the end of June and told a tale of modest if clear expansion.

The Australian Dollar can be the financial markets favorite liquid China proxy. This is understandable given Australia’s famed, vast raw-material export links with the Asian titan. AUD/USD was already firmer through an Asian Wednesday clouded by increased tensions with North Korea and continued to gain after the PMI release. The preceding US Independence Day holiday has likely thinned markets, however. 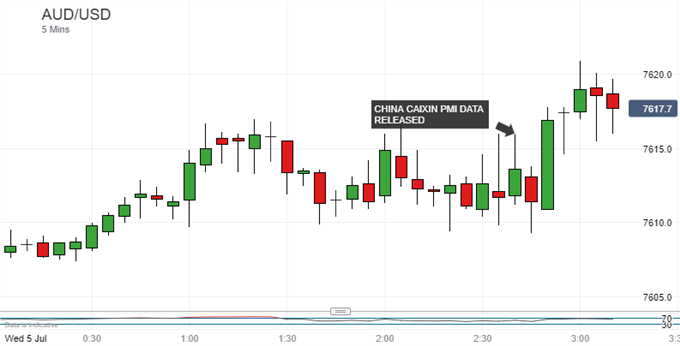