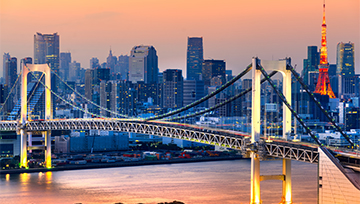 Get live coverage of all major Australian economic events, including Tuesday's interest rate decision, at the DailyFX webinars

The survey of Chinese manufacturing from Caixin found output at a three-month high in June, while Japan's official 'tankan' snapshot of business sentiment showed levels of cheer at their highest for more than three years.

Stocks in Tokyo, Shanghai and Hong Kong ended the session higher, if not by much. The Nikkei 225 closed up 0.1%. Australia's ASX 200 couldn't hold its gains into the close and neither could South Korea's Kospi.

Trade was possibly thinner than usual thanks to the proximity of the US Independence Day break. Tuesday's monetary-policy meeting from the Reserve Bank of Australia may also be weighing on the Australian market. The RBA isn't expected to change interest rates but investors want to see whether it joins last week's chorus of more hawkish central bankers.

In a move to open up China's bond markets a trading link was announced between the mainland and Hong Kong.

The US Dollar inched up from the nine-month lows it plumbed last week against a basket of its widely-treaded peers. However recent, more-hawkish commentary from developed-market central bankers in the Eurozone, UK and Canada have kept their currencies well supported against the greenback. There was little discernible Yen impact from Sunday's hammering of Prime Minister Shinzo Abe's ruling party in Tokyo's regional elections. The vote had been called a referendum on Abe's leadership and, if so, he received a big thumbs down. Beyond Abe stating that he will listen carefully to voters, it remains to be seen what the result will mean for Japanese politics.

Crude oil prices edged up but remained well shy of $50//barrel on news of the first drop in US drilling-rig numbers for 23 weeks. Spot gold prices were near flat through the Asian session.

The rest of the global session will offer investors Bank of England Governor Mark Carney's assessment of the work of the UK Financial Stability Board. They'll also get a look at the US manufacturing index from the Institute for Supply Management, along with its UK Purchasing Managers Index equivalent and the official Eurozone unemployment rate for May.