USD/CAD Edges Higher Despite Marginal Rebound in US Consumer

The U. of Michigan Confidence survey, a gauge of U.S. household sentiment, rebounded marginally in August, while inflation-expectations shifted lower during the same period.

The research institution said that its preliminary August index of consumer sentiment rose to 90.4 from 90.0 in the previous month, suggesting that consumer spending may continue to drive the US economy in second half of the year, with real personal consumption expenditures expected to grow at a rate of 2.6% through mid 2017. Market analysts surveyed by Bloomberg News had expected a reading of 91.5 for August.

Meanwhile, the Current Conditions Index fell to 106.1 from 109.00 whereas the Index of Consumer Expectations edged higher to 80.3 from 77.8.

The Surveys of Consumer Confidence rebound was driven by more favorable prospects for the overall economy despite a small pullback in personal finances as the bulletin indicated. The report also noted concerns over the ‘Brexit’ vote had diminished, while the outcome of the U.S. Presidential election continues to be a source of uncertainty and concern.

Here’s a summary of the U.S. data print: 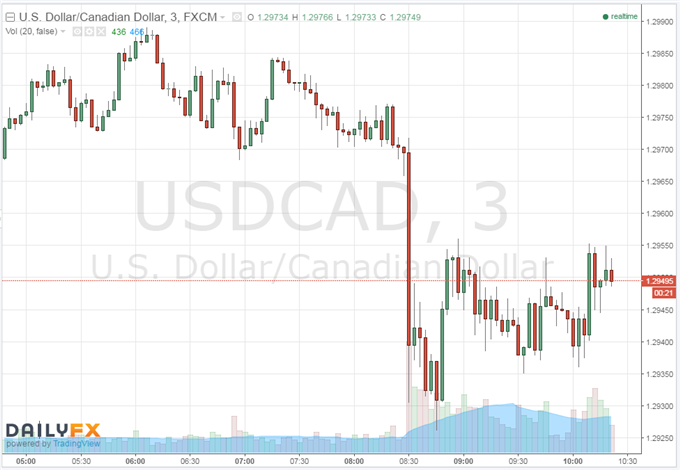 Despite the weaker-than-expected print, USD/CAD edged higher following the data and climbed as high as 1.2955. However, the pair may struggle to pare the losses triggered by weak July Retail Sales and PPI data released ealier this morning as the developments fuels fears of a slowing recovery.

The USD, however, was not able to erase all losses.