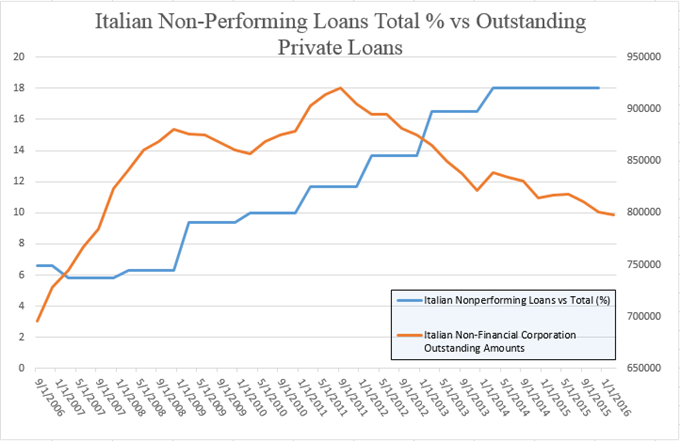 The European Banking Authority (EBA) published the results of their 2016 stress test on key European Union banks. In this adverse scenario simulation, a traditional pass-fail threshold was not implemented. Rather, the goal of the stress test was to compare and contrast large EU banks to see how they would perform under an adverse scenario. The transparent information would be used to inform supervisors and other market participants to potential risks.

On the whole, the EBA reported that the EU banking sector shows considerable resilience with a starting tier 1 common capital ratio (CET1) of 13.2 percent. This is a measurement of a bank’s core equity capital compared to its total risk weighted assets. In order for a bank to be considered well capitalized, they must have at least a 6 percent CET1. A CET1 score below 2 percent is considered critically undercapitalized and 4.5 percent is the regulatory minimum.

According to the European Banking Authority, the hypothetical stress scenario translated into a detrimental impact of 380 bps (3.8 percentage points) on the CET1 ratio. This brought the starting 12.6 percent CET1 capital ratio point down to 9.2 percent by the end of 2018 under a ‘fully loaded’ test. This impact was driven by credit risk losses of -€349 billion, operational risks of -€105 billion and market risks across all portfolios of -€98 billion.

The European Central Bank made a few comments as the report crossed the wires. The ECB said that banks are better able to absorb economic shocks than in the 2014 assessment. It also said that capital expectations are to remain broadly stable from 2015.

Under a fully loaded stress test, only two banks scored below 6 percent. The first was the Allied Irish Bank clocking in at a 4.31 percent capital ratio. Then, Italy’s Monte Paschi –the world’s oldest bank and the source of much media focus – scored a CET1 of -2.44 percent, suggesting the company’s assets would be completely wiped out in the adverse scenario. This was also the only one to receive a negative score.

As Currency Strategist Christopher Vecchio noted, Italian banks have nearly three times as many bad loans as US banks did when the global financial crisis hit. Since the eve of the Great Financial Crisis in 2007, Italian non-performing loans, as a total percentage of lending, has been inching higher – as can be seen on the chart below.