AUD/USD bounces back from the yearly low (0.6434) ahead of the Reserve Bank of Australia (RBA) interest rate decision, but the weakening outlook for global growth may continue to drag on the exchange rate as COVID-19 poses a greater threat to the world economy.

AUD/USD appears to have halted the decline from the start of the year as the RBA is expected to retain the current policy in March, and the exchange rate may stage a larger rebound over the coming days if the central bank tames speculation for lower interest rates.

The RBA is seen keeping the official cash rate (OCR) at the record-low of 0.75% on March 3, while the update to the Gross Domestic Product (GDP) report is anticipated to show the Australian economy growing 2.0% during the last three months of 2019 after expanding 1.7% in the third quarter.

More of the same from the RBA along with an upbeat GDP print may fuel a larger rebound in AUD/USD as the central bank appears to be in no rush to revisit its rate easing cycle, and Governor Philip Lowe and Co. may merely attempt to buy time until its next meeting on April 7 amid “signs that the slowdown in global growth was coming to an end.”

However, the threat posed by the coronavirus may put pressure on the RBA to insulate the economy as data prints coming out of China, Australia’s largest trading partner, cast a dour outlook for the Asia/Pacific region.

China’s Manufacturing Purchasing Managers Index (PMI) tumbled to 35.7 from 50.0 in January to mark the lowest reading since the data series began in 2005, and the marked downturn in business sentiment may trigger a response by the RBA as the board remains “prepared to ease monetary policy further if needed.” 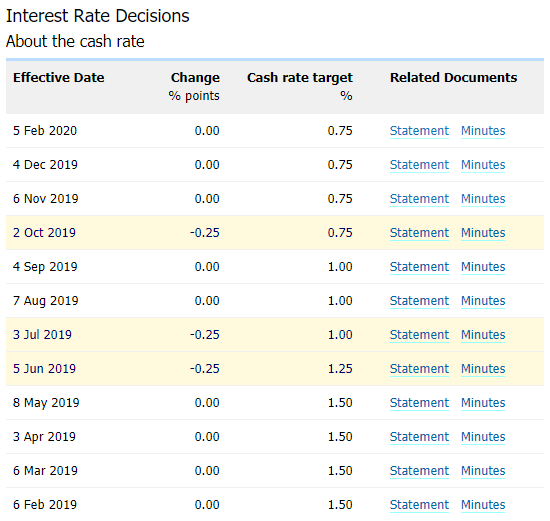 In turn, the RBA may show a greater willingness to implement lower interest rates in 2020, and hints of a looming rate cut may undermine the recent rebound in AUD/USD as the central bank prepares to abandon the wait-and-see approach as for monetary policy.

With that said, AUD/USD may continue to give back the correction from the 2008 low (0.6006), and the bearish momentum may gather pace over the coming days as the Relative Strength Index (RSI) sits in oversold territory.