USD/CAD Strength Following BoC Appears Exhausted Ahead of US GDP

USD/CAD struggles to retain the advance following the Bank of Canada (BoC) interest rate decision, and updates to the US Gross Domestic Product (GDP) report may fuel the recent pullback in the exchange rate if the data shows a slowing economy.

USD/CAD Strength Following BoC Appears Exhausted Ahead of US GDP

USD/CAD pulls back from a fresh monthly high (1.3206) as the Federal Reserve kicks off its firsts meeting for 2020, but the interest rate decision may spur a muted reaction as the central bank is widely expected to keep the benchmark interest rate in its current threshold of 1.50% to 1.75%.

More of the same from the Federal Open Market Committee (FOMC) may garner greater attention for the US GDP report as the world’s largest economy is anticipated to grow another 2.1% during the last three months of 2019. 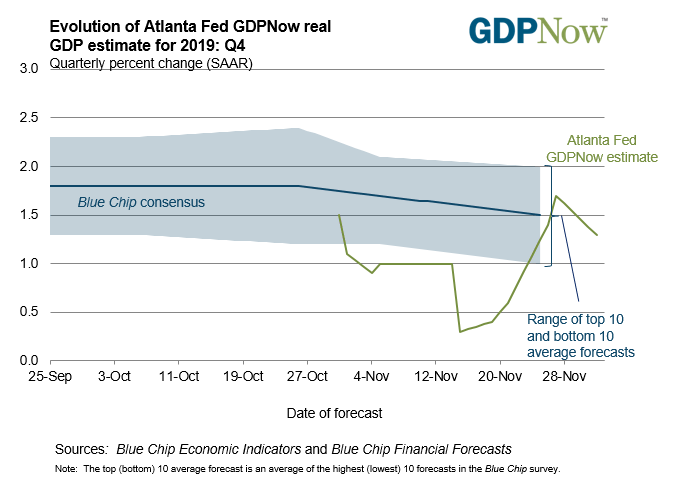 However, the core Personal Consumption Expenditure (PCE), the Fed’s preferred gauge for inflation, is expected to slow to 1.6% from 2.1% per annum in the third quarter of 2019, with the Atlanta Fed’s GDPNow model casting doubts for a positive development as the new forecast for “the fourth quarter of 2019 is 1.9 percent on January 28, up from 1.8 percent on January 17.”

Below-target inflation along with signs of stagnant growth may spark a bearish reaction in the US Dollar as it puts pressure on the FOMC to further support the economy. In turn, Chairman Jerome Powell and Co. may alter the forward guidance when the central bank updates the Summary of Economic Projections (SEP) in March in response to the weakening outlook for global growth.

Moreover, the BoC may also change its tune in 2020 as “data for Canada indicate that growth in the near term will be weaker, and the output gap wider, than the Bank projected in October.” Recent remarks from Governor Stephen Polozsuggest the central bank will have to abandon the wait-and-see approach for monetary policy as the “Governing Council will be watching closely to see if the recent slowdown in growth is more persistent than forecast.”

However, Governor Poloz may retain the status quo ahead of his departure in June as “the Bank expects inflation will stay around the 2 percent target over the projection horizon, with some fluctuations in 2020 from volatility in energy prices.” With that said, the recent advance in USD/CAD may prove to be short-lived as the BoC remains reluctant to reverse the rate hikes from 2018.

As a result, USD/CAD may exhibit a more bearish behavior over the coming months as the exchange rate snaps the range bound price action from the second half of 2019.