USD/CAD Susceptible to Further Losses Ahead of Canada Jobs Report

USD/CAD trades near the 2019 low (1.2952) ahead of Canada’s Employment report, and the exchange rate may continue to exhibit a bearish behavior as the Relative Strength Index (RSI) sits in oversold territory.

USD/CAD Susceptible to Further Losses Ahead of Canada Jobs Report

The near-term outlook for USD/CAD remains tilted to the downside as the exchange rate clears the range-bound price action from the third quarter of 2019, and the Canadian Dollar may continue to outperform its US counterpart as Canada’s Employment report is anticipated to show a 25.0K rebound in December.

The Canadian Dollar may move to the beat of its own drum in 2020 as the Bank of Canada (BoC) remains reluctant to reverse the rate hikes from 2018, and a pickup in job growth may encourage the central bank to keep the benchmark interest rate at 1.75% as “there is nascent evidence that the global economy is stabilizing.” 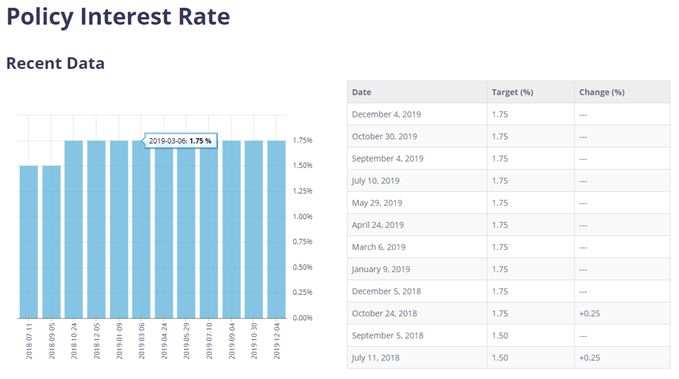 In turn, the BoC may merely attempt to buy time at the next meeting on January 22, and Governor Stephen Poloz and Co. may largely endorse a wait-and-see approach for monetary policy as US lawmakers appear to be on track to pass the United States-Mexico-Canada Agreement (USMCA) over the coming days.

It remains to be seen if the BoC will alter the forward guidance in 2020 as “future interest rate decisions will be guided by the Bank’s continuing assessment of the adverse impact of trade conflicts,” and the ongoing shift in US trade policy may become a growing concern for the central bank as “trade conflicts and related uncertainty are still weighing on global economic activity.”

In contrast, the Federal Reserve could be forced to reestablish its rate easing cycle as the Office of the US Trade Representative (USTR) insists that France’s Digital Services Tax is “unreasonable,” with the Trump administration looking to implement “additional duties of up to 100 percent on certain products of France.” 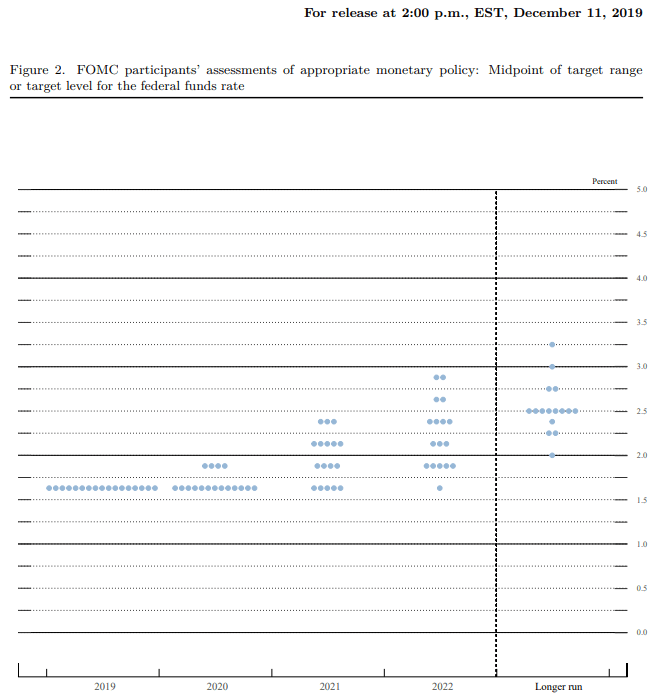 The threat of a trade war with Europe may push the Federal Open Market Committee (FOMC) to further insulate the US economy, and Chairman Jerome Powell and Co. may project a lower trajectory for the benchmark interest rate when the central bank updates the Summary of Economic Projections (SEP) in March as “global developments, related to both persistent uncertainty regarding international trade and weakness in economic growth abroad, continued to pose some risks to the outlook.”

As a result, the US Dollar may trail its Canadian counterpart in 2020, and USD/CAD may attempt to test the October 2018 low (1.2782) over the coming days as it fails to preserve the range bound price action from the third quarter of 2019.