The price of gold attempts to break out of the range-bound price action from the previous month, with the Relative Strength Index (RSI) highlighting a similar dynamic as data prints coming out of the US point to a slowing economy.

The reaction to the 128K rise in US Non-Farm Payrolls was short lived, with the price of gold climbing to a session-high of $1516 as the ISM Manufacturing survey crossed the wires at 48.3 versus expectations for a 48.9 print.

The ongoing weakness in business sentiment may continue to heighten the appeal of gold as it puts pressure on the Federal Reserve to further insulate the economy. In response, the Federal Open Market Committee (FOMC) may continue to reverse the four rate hikes from 2018 as the central bank reiterates that “weakness in global growth and trade developments have weighed on the economy and pose ongoing risks.”

It remains to be seen if “phase one” of the US-China trade deal will be signed over the coming days asChile no longer plans to host the Asia-Pacific Economic Cooperation (APEC) meeting scheduled for November 15-16, and the FOMC may prepare US households and businesses for lower interest rates as Chairman Jerome Powell pledges to “respond accordingly” to the economic outlook. 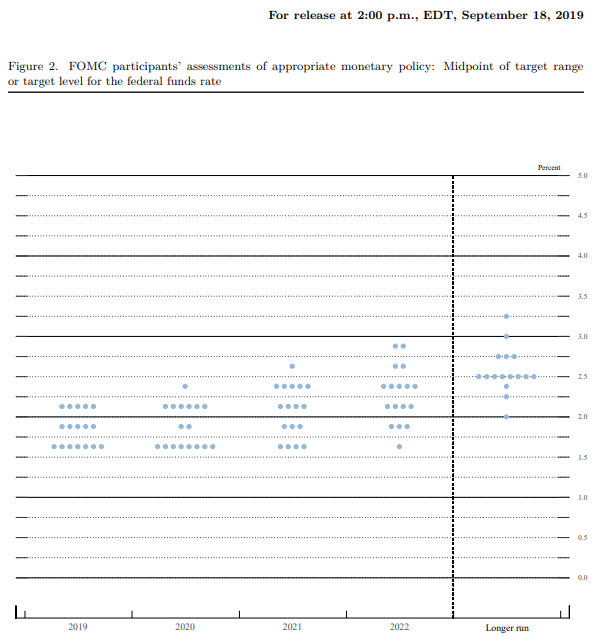 In turn, a growing number of Fed officials may project a lower trajectory for the benchmark interest rate when they update the Summary of Economic Projections (SEP) in December.

However, the dissent within the FOMC may fuel fears of a policy error as Kansas City Fed President Esther George and Boston Fed President Eric Rosengren preferred to keep the benchmark interest rate at 1.75% to 2.00% in October, while US President Donald Trump tweets that “the Fed has called it wrong from the beginning.”

As a result, falling interest rates along with signs of a global recession may heighten the appeal of gold as market participants look to hedge against fiat currencies.

Keep in mind, the near-term outlook for gold remains mired by a Head-and-Shoulders formation, but a bullish Flag appears to be taking shape as the precious metal attempts to break out of the range bound price action carried over from the previous month..