AUD/USD holds a narrow range following the Reserve Bank of Australia (RBA) meeting, but key developments surrounding the Asia/Pacific region may influence the near-term outlook for the aussie-dollar exchange rate as the U.S. and China, Australia’s largest trading partner, struggle to reach a trade agreement.

AUD/USD extends the range-bound price action from the previous week, with the RBA interest rate decision doing little to alter the near-term outlook for the Australian dollar as the central bank sticks to the sidelines ahead of the Federal election on May 18.

However, recent comments coming out of the RBA suggest the central bank will take additional steps to insulate the region as ‘inflation data for the March quarter were noticeably lower than expected and suggest subdued inflationary pressures across much of the economy.’ 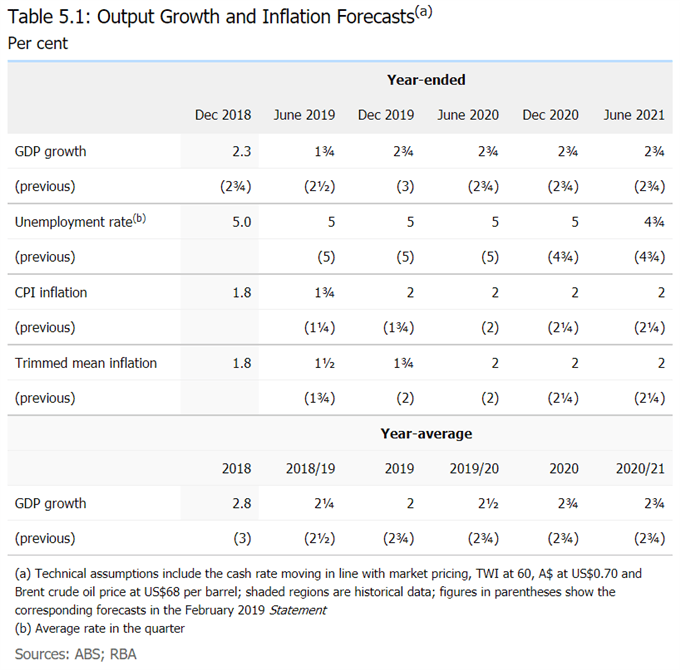 In turn, Governor Philip Lowe & Co. may prepare Australian households and businesses for an imminent rate-cut as ‘a further improvement in the labour market was likely to be needed for inflation to be consistent with the target,’ and the threat of below-target price growth may push the RBA to reestablish its easing-cycle as ‘the ongoing subdued rate of inflation suggests that a lower rate of unemployment is achievable.’

With that said, updates to Australia’s Employment report may impact the near-term outlook for AUD/USD as the economy is anticipated to add 15.0K jobs in April, while the Unemployment Rate is expected to hold steady at 5.0% for the second month. A positive development should prop up the Australian dollar as it dampens bets for an RBA rate-cut, but a batch of lackluster data prints may drag on AUD/USD as it boosts speculation for lower interest rates.

It remains to be seen if a reduction in the official cash rate (OCR) will spur a further improvement in the labor market as the jobless rate sits at its lowest level since 2012, but AUD/USD stands at risk of facing a more bearish fate following the RBA meeting as the dovish-hold fails to spur a break of the monthly opening range. 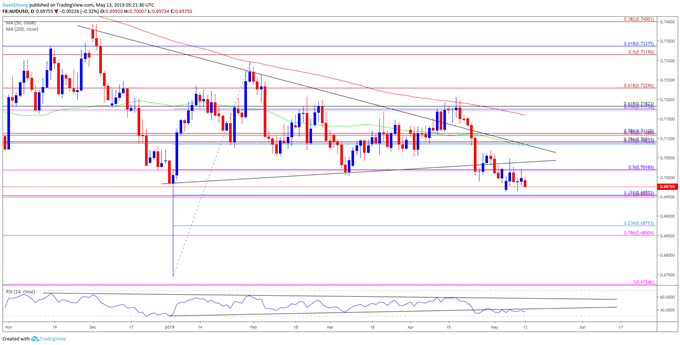