USD/CAD climbs to a fresh weekly-high (1.3346) even though the U.S. Consumer Price Index (CPI) instills a mixed outlook for the world’s largest economy, and recent price action raises the risk for a larger rebound as the exchange rate initiates a fresh series of higher highs and lows. 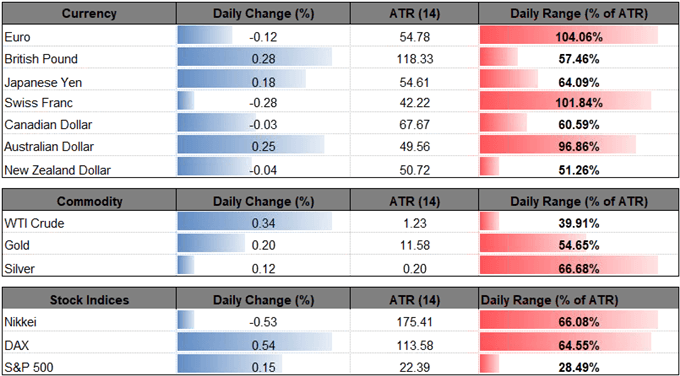 The reaction to the CPI report suggests currency traders are taking the uptick from 1.5% to 1.9% per annum as a positive development for the greenback as USD/CAD extends the advance from earlier this week.

However, the updates may do little to alter the outlook for monetary policy as the core rate of inflation expectedly narrows for the second consecutive month, while Average Weekly Earnings slips to 1.3% from 1.9% in March.

Limited wage growth along with signs of ‘muted’ inflation may encourage the Federal Reserve to abandon the hiking-cycle as ‘data arriving since September suggest that growth is slowing somewhat more than expected,’ but indications of a goldilocks may keep the Federal Open Market Committee (FOMC) on the sidelines as the central bank pledges to be ‘patient in assessing the need for any change in the stance of policy.’ 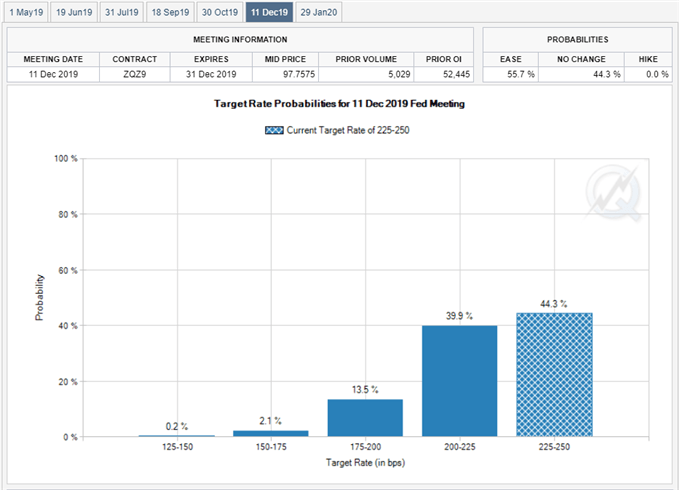 With that said, it remains to be seen if Chairman Jerome Powell & Co. will switch gears later this year as Fed Fund Futures still reflect a greater than 50% probability for a rate-cut in December, and the FOMC Minutes may rattle the near-term outlook for USD/CAD should the central bank continue to alter the forward-guidance for monetary policy. However, more of the same from the FOMC may keep USD/CAD afloat as the central bank is widely expected to retain the current policy at the next interest rate decision on May 1, and the dollar-loonie exchange rate may exhibit a more bullish behavior over the coming days as it initiates a fresh series of higher highs and lows.

Keep in mind, the broader outlook for USD/CAD has become clouded with mixed signals following the break of the June-high (1.3386) as the Relative Strength Index (RSI) snaps the upward trend from earlier this year and appears to be carving a bearish formation. Sign up and join DailyFX Currency Analyst David Song LIVE for an opportunity to discuss potential trade setups. 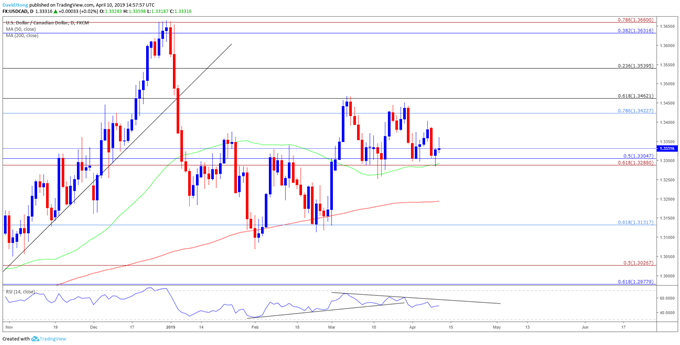