AUD/USD snaps the series of higher highs & lows from earlier this week as data prints coming out of China, Australia’s largest trading partner, instill a weakened outlook for the Asia/Pacific region, and the exchange rate may face a more bearish fate going into the Reserve Bank of Australia’s (RBA) last meeting for 2018 as the central bank is widely expected to keep the official cash rate (OCR) at the record-low. 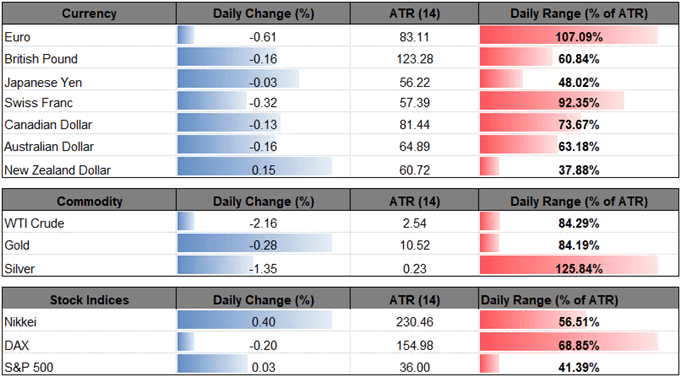 It remains to be seen if a meaningful development will materialize at the Group of 20 (G20) Summit in Argentina as the U.S. and China struggle to strike a deal, and the ongoing threat of a trade war is likely to keep the RBA on the sidelines as ‘the direction of international trade policy continued to be a significant risk to the global outlook.’

With the federal election coming up in 2019, the RBA may continue tame bets for higher borrowing-costs as ‘there was no strong case for a near-term adjustment in monetary policy,’ and more of the same from Governor Philip Lowe & Co. may produce near-term headwinds for the Australian dollar as the Federal Reserve is still expected to deliver a 25bp rate-hike in December. 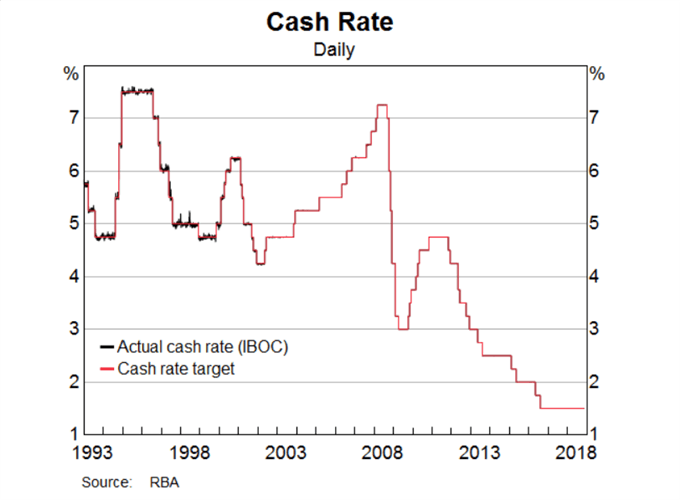 Keep in mind, recent comments from the RBA suggest the central bank is bracing for a further depreciation in the aussie-dollar exchange rate as officials note that ‘changes in the expected paths of monetary policy over the preceding year had been reflected in changes to financial market pricing, most notably a broad-based appreciation of the US dollar,’ and it seems as though Governor Lowe & Co. will do little to shore up the local currency as ‘the associated modest depreciation of the Australian dollar over 2018 was likely to have been helpful for domestic economic growth.’

With that said, the diverging paths for monetary policy casts a long-term bearish outlook for AUD/USD as the RBA remains in no rush to lift the cash rate off of the record-low, and the rebound from the 2018-low (0.7021) may continue to unravel over the coming days as there appears to profit-taking behavior going into December. 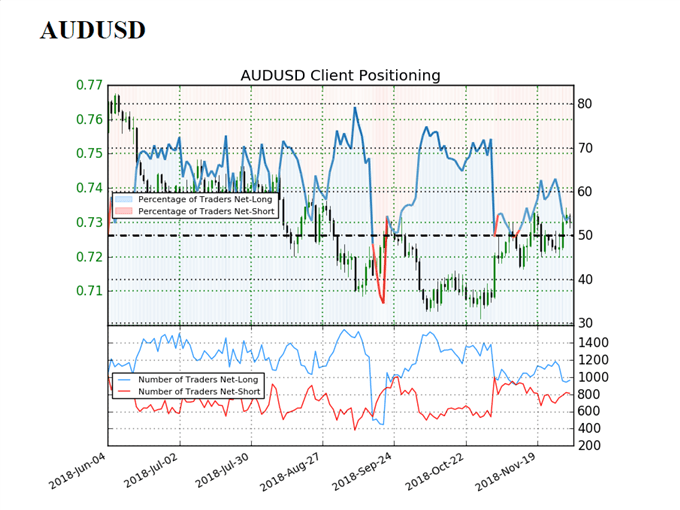 The IG Client Sentiment Report shows 54.3%of traders are net-long AUD/USD compared to 52.9% earlier this week, with the ratio of traders long to short at 1.19 to 1. Traders have been net-long since November 13 when AUD/USD traded near 0.7220, with price moving1.8% higher since then. Nevertheless, The number of traders net-long is 0.5% lower than yesterday and 15.2% lower from last week, while the number of traders net-short is 12.4% lower than yesterday and 3.3% higher from last week.

Signs of waning participation raises the risk for a larger pullback as AUD/USD struggles to retain the string of higher highs & lows from earlier this week, and a further pickup in net-shorts may largely reflect bets for range-bound conditions as the IG client sentiment index appears to be turning over.

In turn, AUD/USD may continue to consolidate ahead of the RBA meeting on December 4, with the exchange rate at risk of facing a larger pullback as it snaps the string of higher highs & lows from earlier this week. Sign up and join DailyFX Currency Analyst David Song LIVE for an opportunity to discuss potential trade setups. 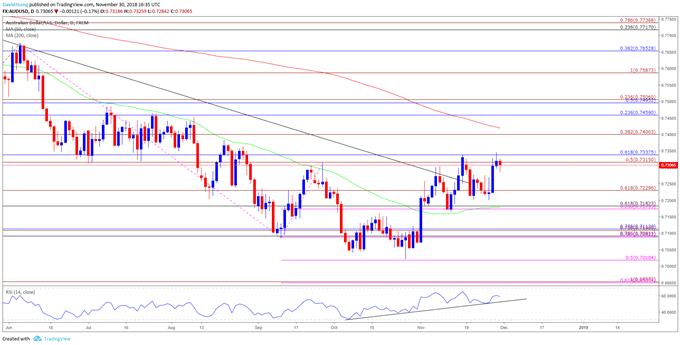 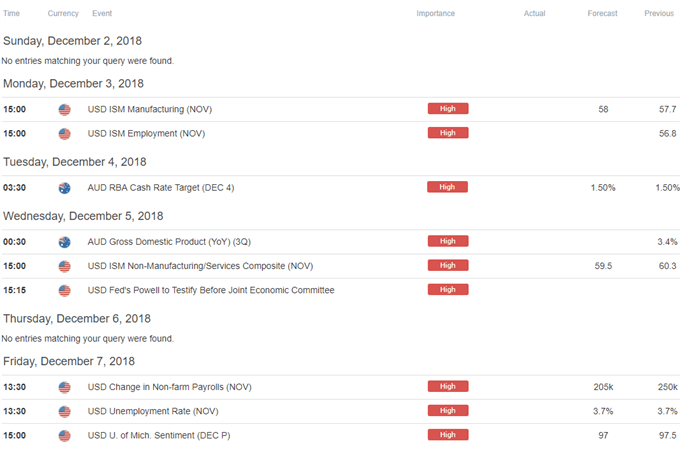