The recent break out in NZD/USD appears to have stalled following the U.S. Non-Farm Payrolls (NFP) report as the fresh updates show a pickup in job/wage growth, but recent price action raises the risk for a larger correction as the exchange rate breaks out and initiates a series of higher highs & lows. 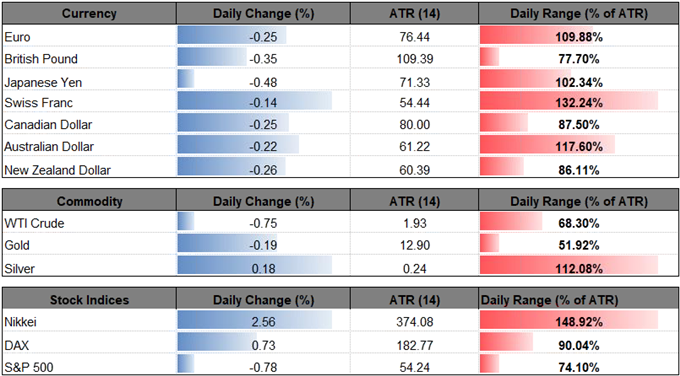 Hopes for a U.S.-China trade deal appears to have shaken up NZD/USD as President Donald Trump tweets ‘discussions are moving along nicely with meetings being scheduled at the G-20 in Argentina,’ but the diverging paths for monetary policy may continue to drag on the exchange rate as the Reserve Bank of New Zealand (RBNZ) remains in no rush to lift the official cash rate (OCR) off of the record-low.

The RBNZ may continue to strike a dovish forward-guidance for monetary policy as officials ‘expect to keep the OCR at this level through 2019 and into 2020,’ and fresh remarks from Governor Adrian Orr & Co. may drag on the local currency as the central bank pledges to retain the ‘OCR at an expansionary level for a considerable period to contribute to maximising sustainable employment, and maintaining low and stable inflation.’

In contrast, the Federal Open Market Committee (FOMC) may utilize the November meeting to prepare U.S. households and businesses for an imminent rate-hike as the 250K expansion in NFP paired with the uptick in Average Hourly Earnings raises the risk for above-target inflation, and Fed Fund Futures may continue to highlighting bets for a 25bp rise in December as the central bank shows little to no interest from deviating from its hiking-cycle.

As a result, more of the same form the RBNZ along with speculation for another Fed rate-hike in 2018 may undermine the near-term rebound in NZD/USD, but recent price action raises the risk for a larger correction as the exchange rate breaks out of the downward trend from earlier this year. Keep a close eye on the Relative Strength Index (RSI) as it highlights similar dynamic, with the oscillator quickly approaching overbought territory. Sign up and join DailyFX Currency Analyst David Song LIVE for an opportunity to discuss potential trade setups. 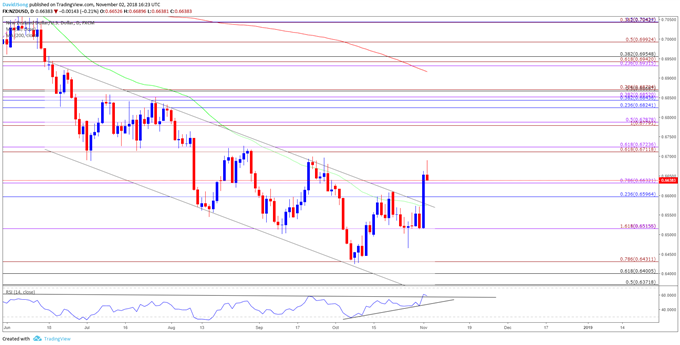 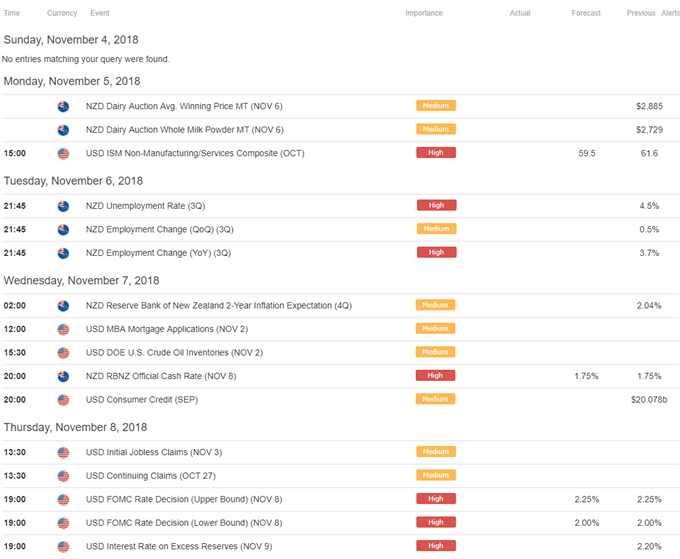