The recent selloff in gold prices appear to have stalled ahead of the July 2017-low ($1205), with bullion at risk for a larger recovery as the Relative Strength Index (RSI) bounces back from oversold territory. 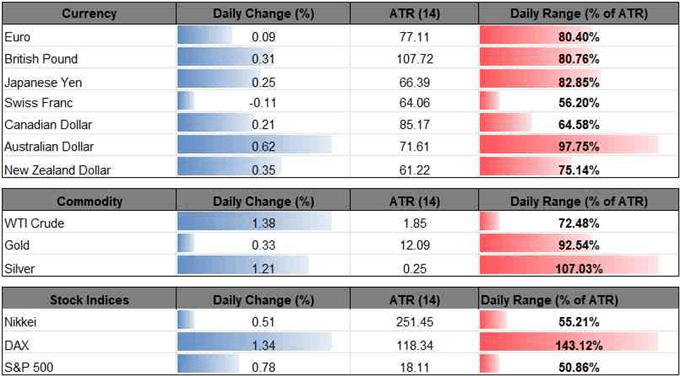 Gold may stage a more meaningful rebound over the coming days as it snaps the series of lower lows from the previous week, but the broader outlook remains tilted to downside as both price and the RSI preserve the bearish formations from earlier this year.

At the same time, retail sentiment for gold remains stretched following the break of the December-low ($1236), with the IG Client Sentiment Report still showing 85.8% of traders net-long bullion compared to 86.1% last week. 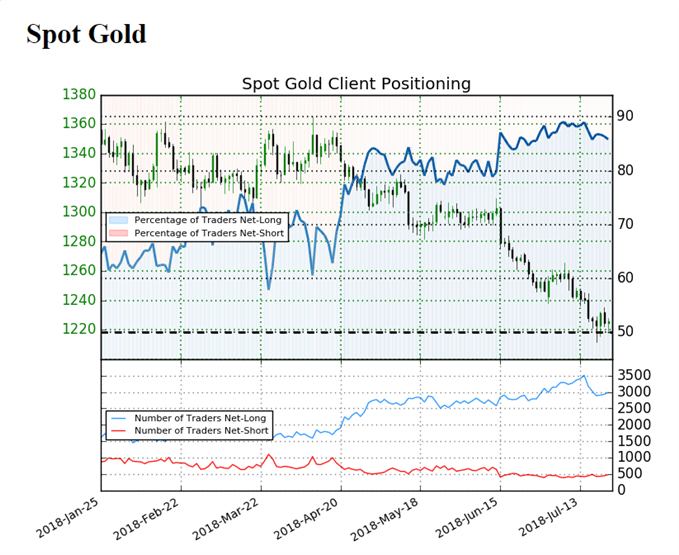 The number of traders net-long is 1.9% higher than yesterday and 15.0% lower from last week, while the number of traders net-short is 1.6% lower than yesterday and 7.2% higher from last week, with the ratio of traders long to short at 6.05 to 1. Despite the recent decline in net-long positions, the ongoing skew in retail positioning offers a contrarian view to crowd sentiment, with the persistent behavior highlighting a long-term bearish outlook for gold especially as the U.S. dollar appreciates on the back of the Federal Reserve’s hiking-cycle.

With that said, the downward trends in both price and the RSI may continue to evolve over the remainder of the year, but recent price action raises the risk for a larger rebound as the bearish momentum appears to be abating. 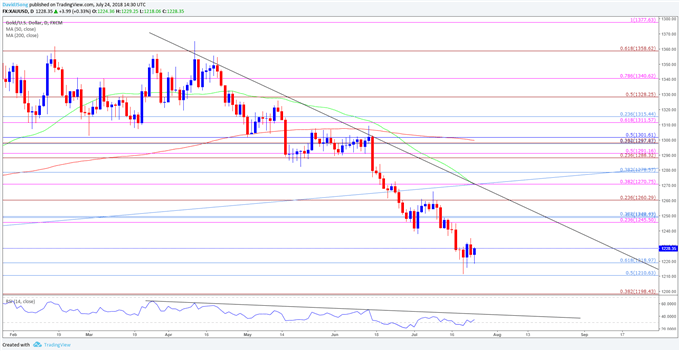