USD/JPY holds a narrow range following the lackluster U.S. Non-Farm Payrolls (NFP) report, but fresh comments from Federal Reserve officials may sway the near-term outlook for the dollar-yen exchange rate as the central bank appears to be on course to further normalize monetary policy over the coming months. 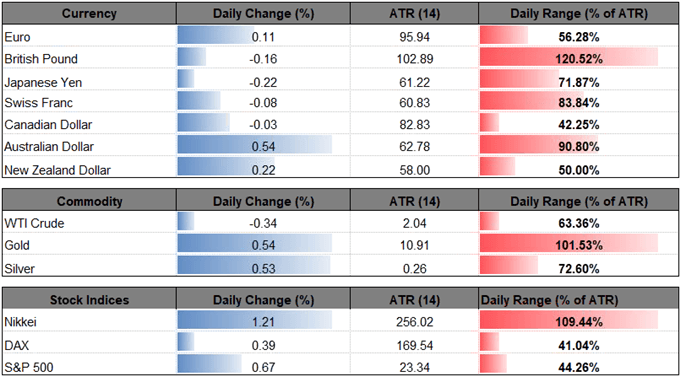 Even though New York Fed President John Williams and Atlanta Fed President Raphael Bostic, both voting members on the 2018-FOMC, are scheduled to speak over the coming days, the semi-annual Humphrey-Hawkins testimony may sway the near-term outlook for USD/JPY as Chairman Jerome Powell is slated to appear in front of Congress.

Chairman Powell may continue to strike a hawkish tone as Fed officials‘generally judged that, with the economy already very strong and inflation expected to run at 2 percent on a sustained basis over the medium term, it would likely be appropriate to continue gradually raising the target range for the federal funds rate to a setting that was at or somewhat above their estimates of its longer-run level by 2019 or 2020,’ and the central bank head may prepare U.S. lawmakers for a less accommodative stance as ‘incoming data suggested that GDP growth strengthened in the second quarter of this year.’ 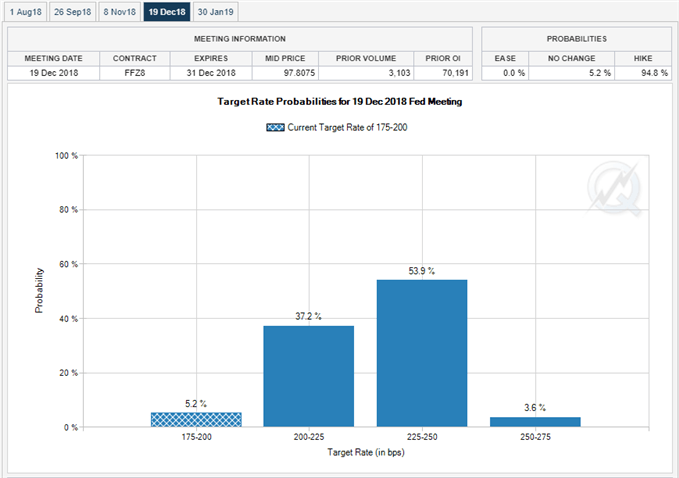 In turn, indications of higher borrowing-costs may prop up USD/JPY as Fed Fund Futures highlight budding expectations for four rate-hikes in 2018, but a batch of cautious remarks may dampen the appeal of the dollar as Chairman Powell & Co. warn thatthe ‘uncertainty and risks associated with trade policy had intensified and were concerned that such uncertainty and risks eventually could have negative effects on business sentiment and investment spending.’ 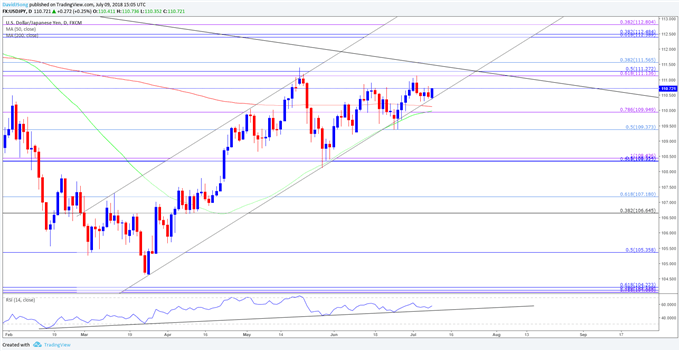