EUR/USD appears to be stuck in a near-term holding pattern as it fails to extend the series of higher highs & lows from the previous week, and the euro-dollar exchange rate may continue to consolidate over the next 24-hours of trade as market participation is likely to thin ahead of the major U.S. holiday. 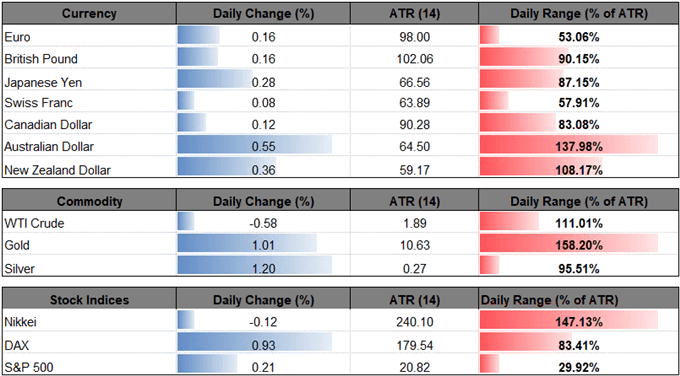 The recent rebound in EUR/USD quickly unravels even as German Chancellor Angela Merkel secures a deal to preserve the coalition government, and the growing trade spat between the United States and the European Union (EU) may continue to dampen the appeal of the single-currency as it encourages the European Central Bank (ECB) to further embark on its easing-cycle.

The ECB may sound more dovish at the next meeting on July 26 as the threat of a trade war clouds the economic outlook for the euro-area, and President Mario Draghi and Co. may keep the door open to further support the monetary union as the central bank warns ‘uncertainties related to global factors, including the threat of increased protectionism, have become more prominent.’

In turn, upcoming comments from the Governing Council may continue to sap the appeal of the Euro as ECB board members Yves Mersch, Ewald Nowotny, Daniele Nouy and Jens Weidmann are all slated to speak over the coming days, with EUR/USD at risk of exhibiting a more bearish behavior over the near-term as the central bank appears to be on track to carry the zero-interest rate policy (ZIRP) well into 2019.

Keep in mind, EUR/USD is likely to face thin market conditions going into the latter part of the week as U.S. trades go offline for Independence Day, but the major event risk due out later this week may sway the near-term outlook for euro-dollar as attention turns to the U.S. Non-Farm Payrolls (NFP) report. 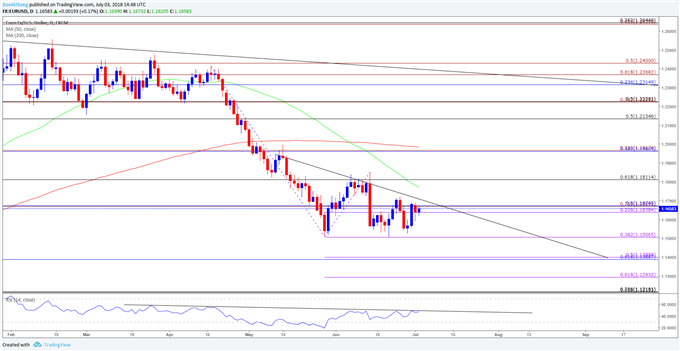