The near-term rally in USD/CAD may gather pace over the coming days as the exchange rate extends the series of higher highs & lows from the previous week, but updates to Canada’s Consumer Price Index (CPI) may curb the recent advance should the data print boost bets for an imminent Bank of Canada (BoC) rate-hike. 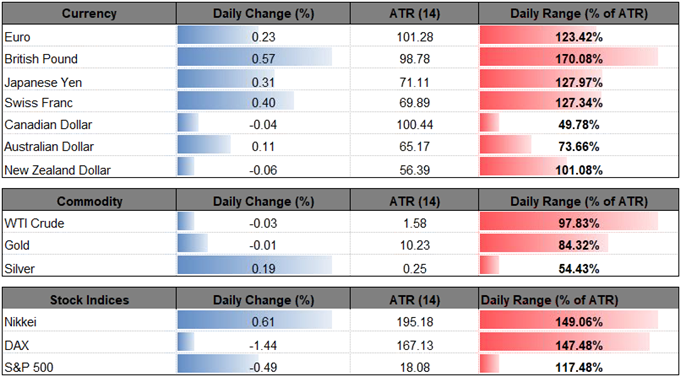 Even though retail sales are projected to hold flat in April, the headline reading for Canada CPI is expected to climb to an annualized 2.6% in May from 2.2% the month prior, and signs of heightening price pressures may encourage the BoC to deliver a 25bp rate-hike at the next meeting on July 11 as ‘developments since April further reinforce Governing Council’s view that higher interest rates will be warranted to keep inflation near target.’

The shift in the monetary policy outlook suggests the BoC will continue to implement higher borrowing-costs over the coming months as ‘inflation in Canada has been close to the 2 per cent target and will likely be a bit higher in the near term than forecast in April,’ and Governor Stephen Poloz and Co. may adopt a more hawkish tone throughout the second-half of 2018 as ‘core measures of inflation remain near 2 per cent, consistent with an economy operating close to potential.’

With that said, a marked uptick in Canada CPI may curb the near-term rally in USD/CAD, but recent price action keeps the topside targets on the radar as the exchange rate extends the bullish series from the previous week, while the Relative Strength Index (RSI) pushes into overbought territory. 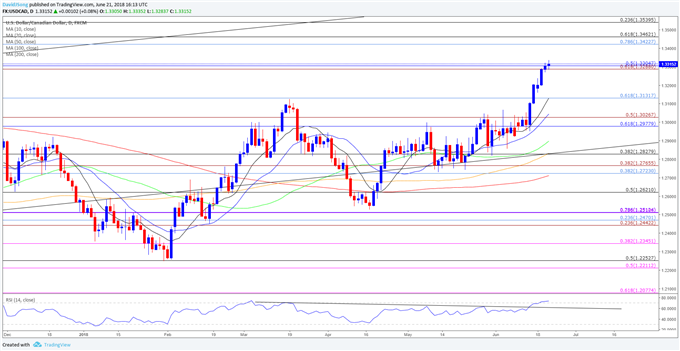 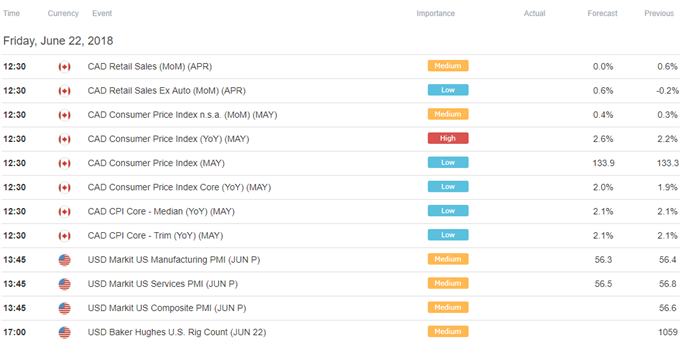