NZD/USD Remains Under Pressure Ahead of New Zealand Budget Statement

NZD/USD struggles to hold its ground as market participants digest the fresh developments coming out of the New Zealand economy, and the exchange rate appears to be on track to test the November-low (0.6780) as the bearish momentum appears to be gathering pace.With the Reserve Bank of New Zealand (RBNZ) interest rate decision out of the way, attention now turning to the annual budget statement as Finance Minister Grant Robertson is scheduled to deliver the updates on May 17. 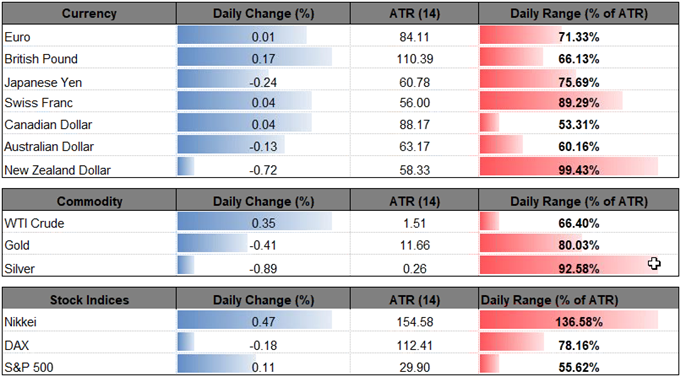 The administration under Prime Minister Jacinda Ardern is likely to reiterate its plan to further develop the Living Standards Framework (LSF) as officials focus on the promoting the wellbeing and living standard for households. The fiscal strategy is likely to reiterate that the economic outlook remains ‘supported by household income growth, continued population growth, low interest rates and a terms of trade at record levels,’ along with the Budget Responsibility Rules which are to:

With that said, more of the same from Mr. Robertson may do little to alter the near-term outlook for NZD/USD as the RBNZ remains in no rush to lift the cash rate off of the record-low, and recent price action raises the risk for a further decline in the exchange rate as bearish momentum from earlier this year appears to be reasserting itself.

The New Zealand dollar may continue to weaken against its U.S. counterpart as RBNZ Governor Adrian Orr largely endorses a wait-and-see approach for monetary policy, and the NZD/USD rate may face fresh 2018 lows as the Relative Strength Index (RSI) dips back into oversold territory. The development suggests the bearish momentum is gathering pace as the oscillator extends the downward trend from earlier this year, with kiwi-dollar at risk of making a run at the November-low (0.6780) as long as the momentum indicator holds below 30. 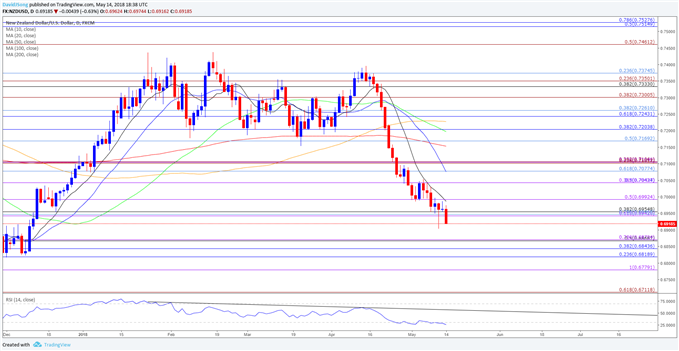