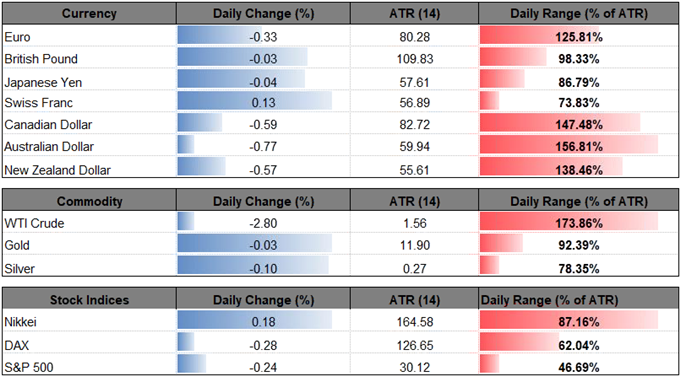 The U.S. dollar continues to gain ground against most of its major counterparts as there appears to be little in the way to deter the Federal Open Market Committee (FOMC) from further normalizing monetary policy over the coming months. However, the USD/JPY rate bucks the recent trend as it holds a narrow range, with dollar-yen at risk of exhibiting a more bearish behavior as the rebound from the 2018-low (104.63) appears to have run its course.

Unlike its major counterparts, USD/JPY holds a narrow range following fresh remarks from Fed Chairman Jerome Powell, with the pair at risk of tracking sideways ahead of the key data prints due out later this week as the bullish momentum unravels. 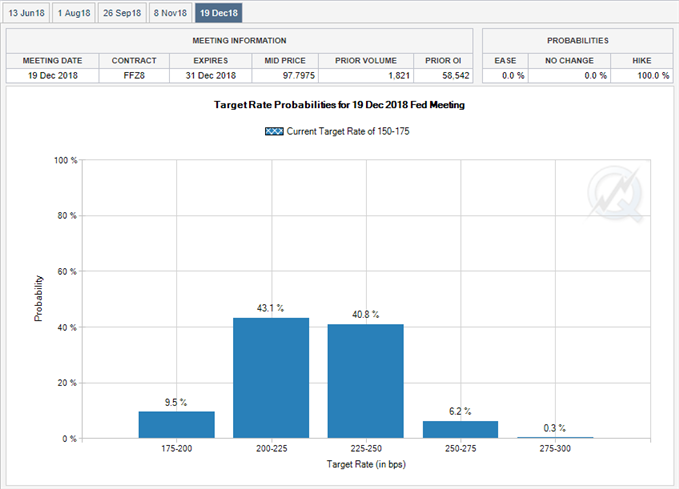 Comments from Chairman Powell suggest the FOMC will continue to implement higher borrowing-costs this year as ‘market participants’ expectations for policy seem reasonably well aligned with policymakers’ expectations,’ but the committee appears to be in no rush to expand the hiking-cycle as the central bank head warns ‘risk sentiment will bear close watching as normalization proceeds around the world.’

With that said, Atlanta Fed President Raphael Bostic and Cleveland Fed President Loretta Mester, both voting-members on the FOMC this year, may also strike a balanced tone, and the remarks may do little to boost bets for four rate-hikes as the central bank pledges to tolerate above-target inflation for the foreseeable future. 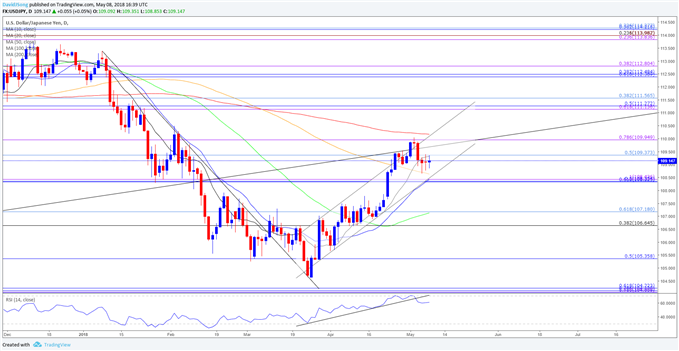 AUD/USD extends the decline fueled by the larger-than-expected slowdown in Australia Retail Sales, and the pair now stands at risk of making a run at the 2017-low (0.7329) as the bearish momentum from earlier this year appears to be reasserting itself.

The slowdown in private-sector consumption is likely to keep the Reserve Bank of Australia (RBA) on the sidelines as it instills a weakened outlook for growth and inflation, and Governor Philip Lowe & Co. may continue tame expectations for an imminent rate-hike as ‘household income has been growing slowly and debt levels are high.

With that said, the RBA may stick to the current script at the next meeting on June 5, and the AUD/USD rate stands at risk of extending the decline from the previous month as both price and the Relative Strength Index (RSI) preserve the bearish formations from earlier this year. 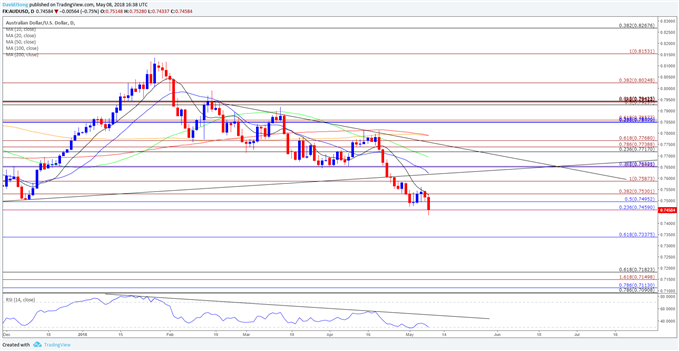