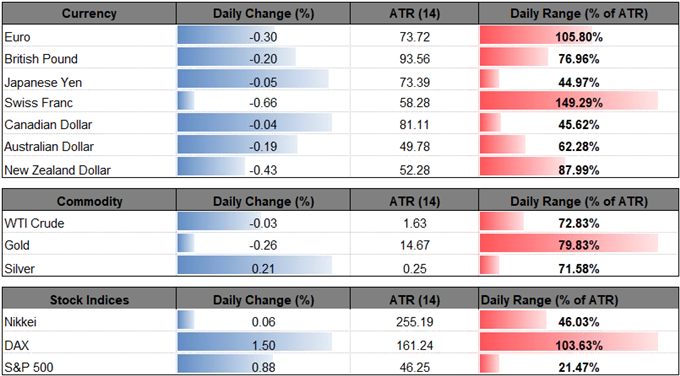 The recent rebound in USD/JPY quickly sputters even as Federal Reserve officials strike a hawkish outlook for monetary policy, and the pair may continue to give back the advance from the 2018-low (104.63) as it carves a fresh series of lower highs and lows.

Incoming New York Fed President John Williams floated the idea of extending the hiking-cycle as the 2018-voting member on the Federal Open Market Committee (FOMC) warns that ‘it would not be too surprising in that situation to have interest rates somewhat above the long-run neutral rate,’ but market participants remain unconvinced, with Fed Fund Futures still projecting the benchmark interest rate to end the year around the 2.00% to 2.25% threshold.

As a result, market participants may pay increased attention to the Bank of Japan (BoJ) as the central bank starts to gradually alter the outlook for monetary policy, and the broader shift in USD/JPY behavior may continue to unfold over the coming months as Governor Haruhiko Kuroda and Co. appear to be on course to conclude the easing-cycle in fiscal-year 2019.

With that said, a bear-flag formation appears to be unfolding as USD/JPY snaps the upward trending channel from the previous month, and the dollar-yen exchange rate may target fresh yearly low ahead of the next FOMC interest rate decision on May 2 as the bearish momentum carried over from last year appears to be reasserting itself. 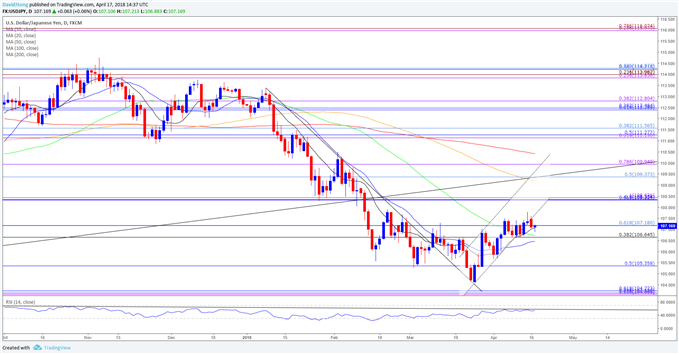 The near-term advance in NZD/USD has started to unravel following the failed attempt to test the February-high (0.7437), and fresh updates to New Zealand’s Consumer Price Index (CPI) may keep the pair under pressure as the headline reading is expected to downtick to an annualized 1.1% from 1.6% during the last three-months of 2017.

Signs of easing price growth is likely to dampen the appeal of the New Zealand dollar as it encourages the Reserve Bank of New Zealand (RBNZ) to keep the cash rate at the record-low, and Governor Adrian Orr may largely endorse a wait-and-see approach at his first policy meeting on May 10 as ‘CPI inflation is expected to weaken further in the near term due to softness in food and energy prices and adjustments to government charges.’

At the same time, the new Policy Targets Agreement (PTA) for the RBNZ may also limit the central bank’s scope to normalize monetary policy in 2018 as ‘the Government has agreed a range of five to seven voting members for a Monetary Policy Committee (MPC) for decision-making,’ and key developments coming out of the U.S. may largely influence NZD/USD over the near-term amid the structural changes at the RBNZ.

Keep in mind, recent price action raises the risk for a larger pullback as NZD/USD snaps the bullish sequence from the previous week, with the 2018-range on the radar as the pair start to pare the advance from the March-low (0.7153). 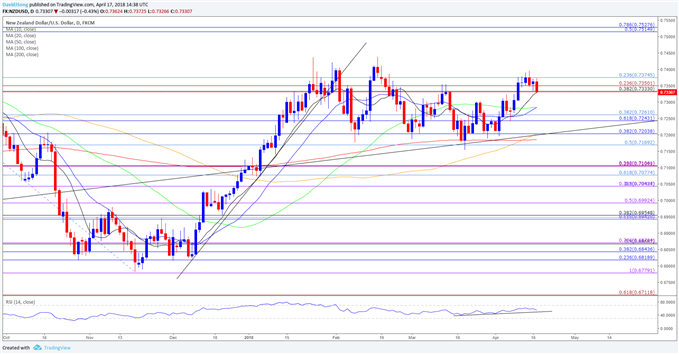 For more in-depth analysis, check out the Q2 Forecast for NZD/USD