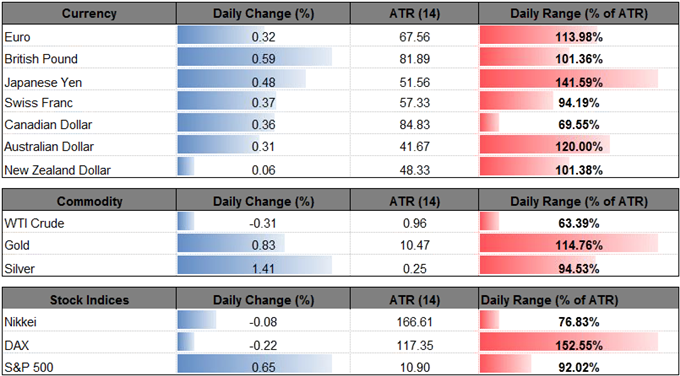 In turn, EUR/USD may continue to retrace the decline from back in 2014, with the topside targets on the radar especially as the bullish momentum appears to be gathering pace. After a string a failed attempts to break above 70, the Relative Strength Index (RSI) appears to be pushing into overbought territory for the first time since the summer months, with the yearly opening range in focus as a bull-flag formation appears to be panning out.Want to learn more about popular trading indicators and tools such as the RSI? Download and review the FREE DailyFX Advanced trading guides ! 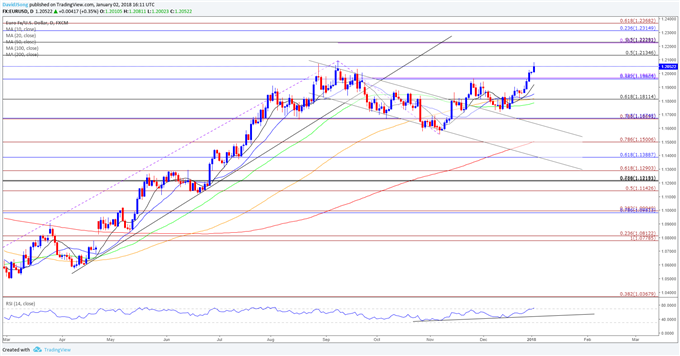 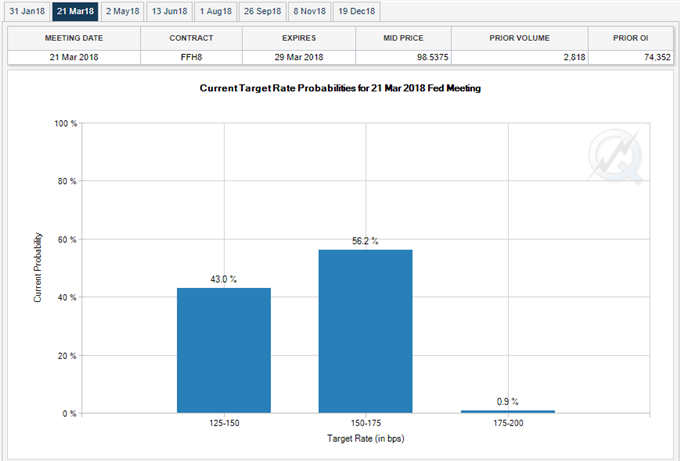 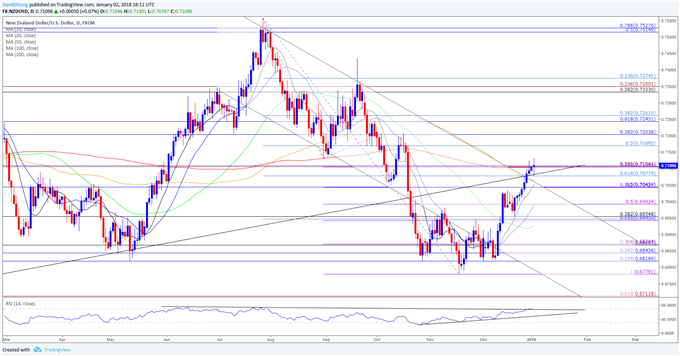