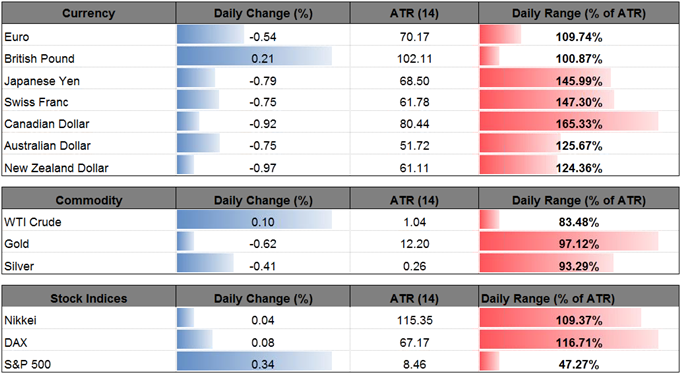 Fresh comments from U.K. Prime Minister Theresa May appear to be propping up the British Pound, with GBP/USD bouncing back from a fresh weekly-low (1.3088), but another batch of lackluster data prints may undermine the near-term rebound in the exchange rate as it encourages the Bank of England (BoE) to keep the benchmark interest rate at the record-low.

Fears of a ‘hard Brexit’ appear to dissipating as Prime Minister May pledges to draw up a contingency plan and expresses that the government wants European Union (EU) nationals to stay in the U.K. even if they fail strike a deal, but the growing rift within the Conservative party may continue to weigh on the British Pound as the threat of a possible shift in leadership looms. With that said, GBP/USD may larger preserve the monthly-opening range ahead of the next Bank of England (BoE) interest rate decision on November 2, but Governor Mark Carney and Co. may look to ‘withdrawal of part of the stimulus that the Committee had injected in August last year would help to moderate the inflation overshoot while leaving monetary policy very supportive.’

Keep in mind, the BoE is likely to reiterate that ‘some withdrawal of monetary stimulus is likely to be appropriate over the coming months in order to return inflation sustainably to target,’ but the Monetary Policy Committee (MPC) may tame expectations for a series of rate-hikes especially as the 3Q U.K. Gross Domestic Product (GDP) report is anticipated to show the growth rate slowing to an annualized 1.4% from 1.5% during the three-months through June. 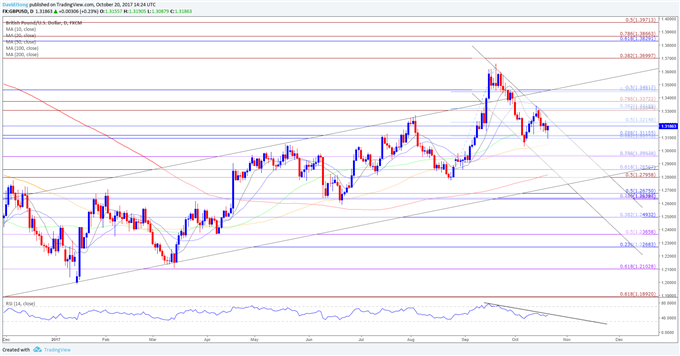 USD/CAD breaks the monthly opening range following a batch of weaker-than-expected data prints coming out of Canada, and pair may continue to gain ground ahead of the Bank of Canada (BoC) interest rate decision on October 25 as the central bank is now largely anticipated to keep the benchmark interest rate at 1.00%.

The below-forecast print for headline inflation paired with the 0.3% contraction in Retail Sales may encourage Governor Stephen Poloz and Co. to carry the current policy into 2018 as ‘there remains some excess capacity in Canada’s labour market, and wage and price pressures are still more subdued than historical relationships would suggest.’ In turn, USD/CAD stands at risk of extending the rebound from the 2017-low (1.2061), but the broader shift in market behavior may continue to unfold over the coming months as the BoC appears to be on course to further normalize monetary policy in 2018. 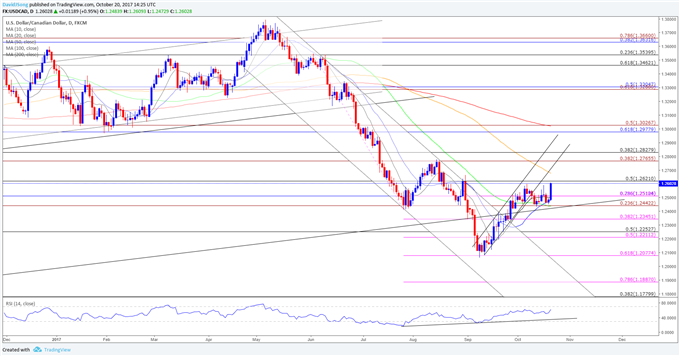 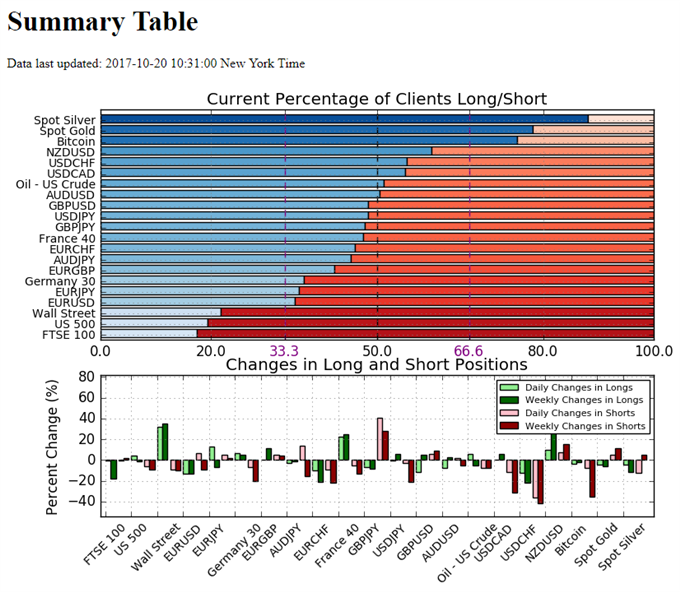 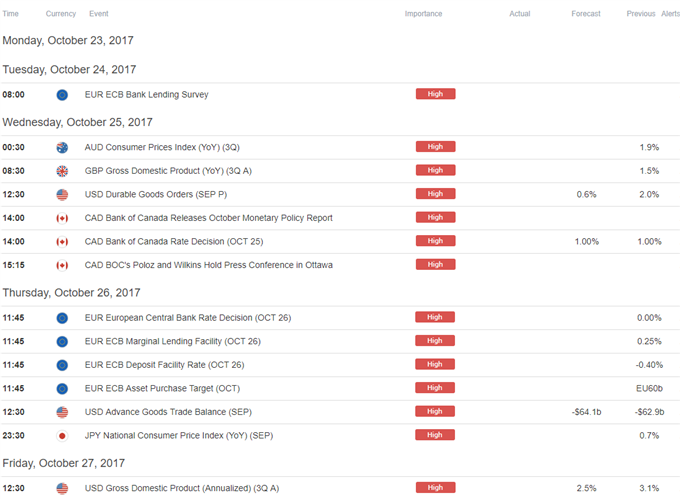