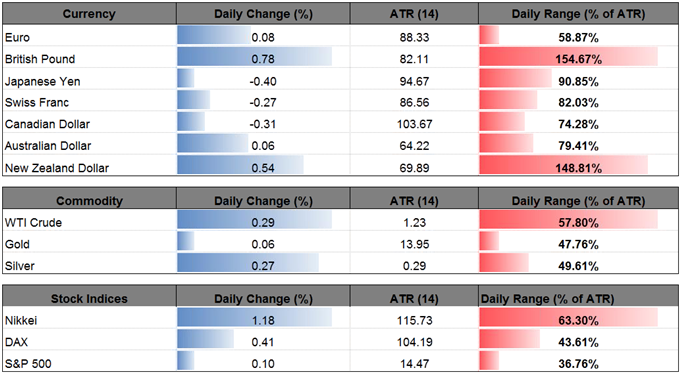 The British Pound outperforms its major counterparts following a pickup in the U.K. Consumer Price Index (CPI), with GBP/USD at risk of staging a larger advance should the Bank of England (BoE) alter the outlook for monetary policy.

Even though the BoE is widely anticipated to retain the current stance at the September 14 meeting, a growing number of central bank officials may argue ‘the withdrawal of part of the stimulus that the Committee had injected in August last year would help to moderate the inflation overshoot while leaving monetary policy very supportive’ as price growth is expected to hold above the 2% target throughout the policy horizon. In turn, Governor Mark Carney And Co. may increase their efforts to prepare U.K. households and businesses for higher borrowing-costs, and the British Pound may continue to gain ground over the next 24-hours of trade especially as the U.K. Jobless Claims report is anticipated to show Average Hourly Earnings picking up for the third consecutive month in July.

Keep in mind, the BoE meeting minutes are likely to reveal a 7 to 2 split within the central bank as Sir David Ramsden joins the Monetary Policy Committee (MPC). 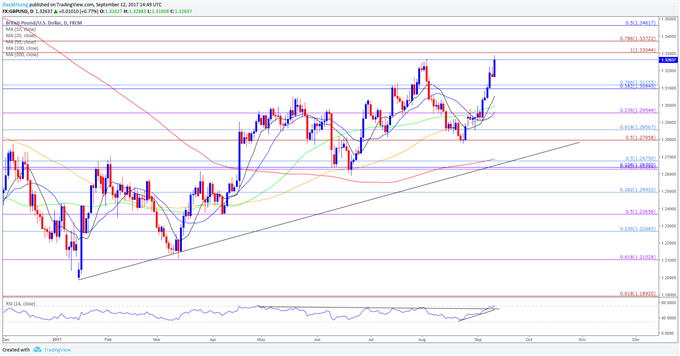 USD/CAD trades in a narrow range after failing to close below the 1.2080 (61.8% expansion) hurdle, and the pair may face a near-term correction as the bearish momentum appears to be tapering off.

The broader outlook for the Canadian dollar remains constructive as the Bank of Canada (BoC) appears to be on course to further normalize monetary policy over the coming months, with the central bank noting ‘a much higher percentage of trading desks were correctly interpreting the Bank’s prior messaging that monetary policy would be forward-looking and data dependent, not predetermined’ amid the mixed feedback following the September 6 rate-hike. In turn, Governor Stephen Poloz and Co. may continue to normalize monetary policy over the coming months as ‘the level of GDP is now higher than the Bank had expected,’ but the central bank may move to the sidelines at the next meeting on October 25 as ‘future monetary policy decisions are not predetermined and will be guided by incoming economic data and financial market developments as they inform the outlook for inflation.’ 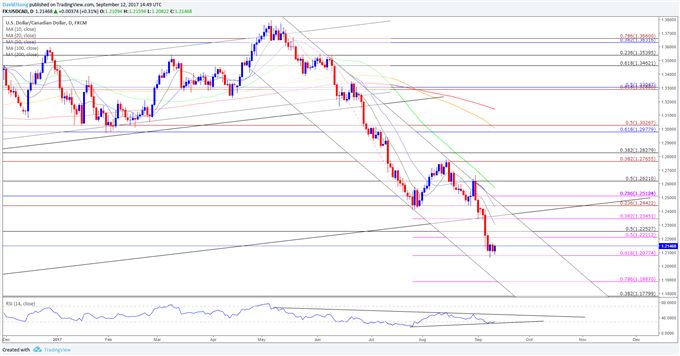 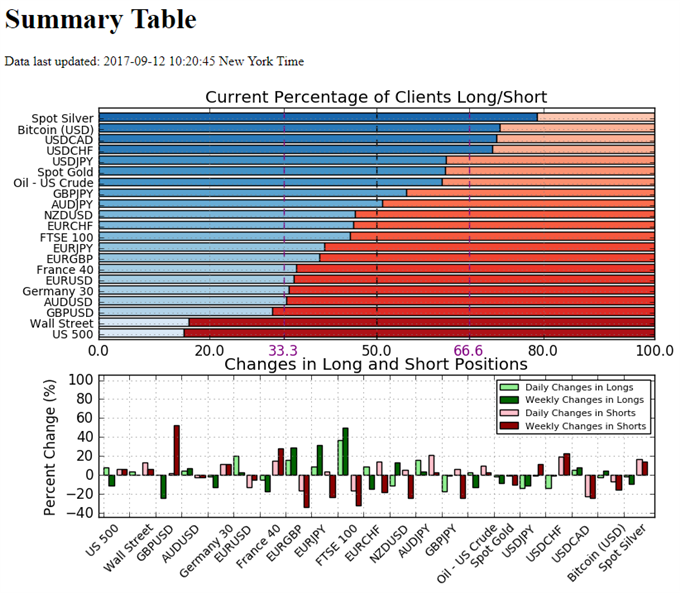