- Percentage of Traders Net-Long USD/CAD is Now Its Highest Since June. 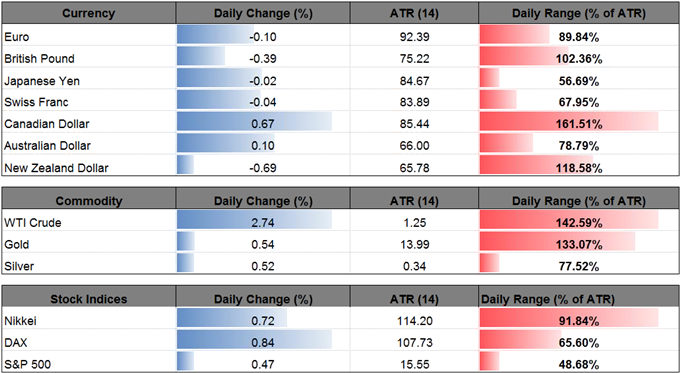 The Canadian dollar outperforms its major counterparts as the region’s 2Q Gross Domestic Product (GDP) report showed the economy expanding at the fastest pace since 2011.

The ongoing series of better-than-expected data prints may encourage the Bank of Canada (BoC) to adopt a more hawkish tone a the September 6 interest rate decision, and the shift in USD/CAD behavior may continue to unfold throughout the remainder of the year should Governor Stephen Poloz and Co. increase their efforts in preparing households and businesses for higher borrowing-costs. In turn, USD/CAD may face range-bound conditions going into the BoC rate-decision, with the pair at risk of giving back the rebound from the monthly-low (1.2443) if it fails to preserve the series of higher highs & lows carried over from the previous week. 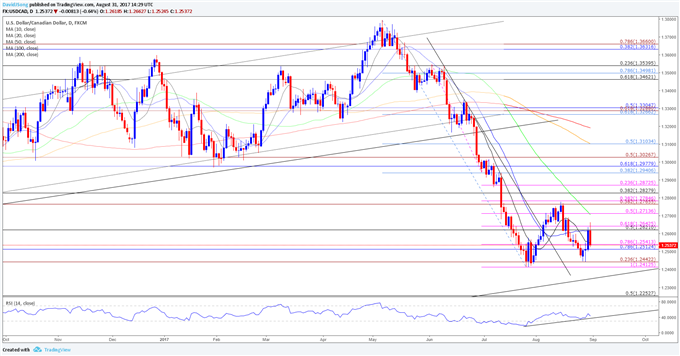 NZD/USD extends the decline from earlier this month as Reserve Bank of New Zealand (RBNZ) Governor Graeme Wheeler warns ‘a lower New Zealand dollar is needed to increase tradables inflation and help deliver more balanced growth,’ with the pair at risk for further losses as the central bank appears to be in no rush to move away from the record-low cash rate.

Even though Governor Wheeler is scheduled to step down next month, it seems as though RBNZ officials will continue to jawbone the New Zealand dollar while retaining the current policy as ‘headline inflation is likely to decline in coming quarters as the effects of higher fuel and food prices dissipate.’ With that said, NZD/USD may struggle to hold its ground ahead of the next RBNZ meeting on September 28, with the pair at risk of giving back the rebound from the 2017-low (0.6818) as the central bank shows a greater willingness to carry the current policy into 2018. 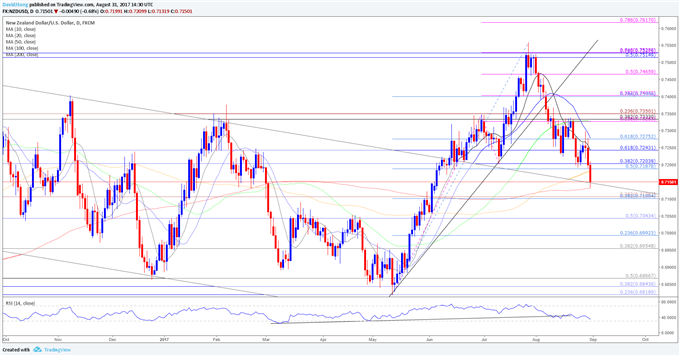 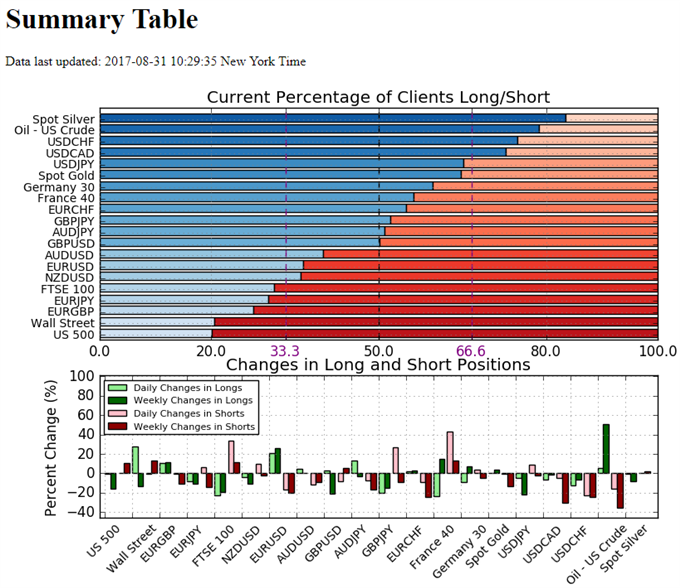 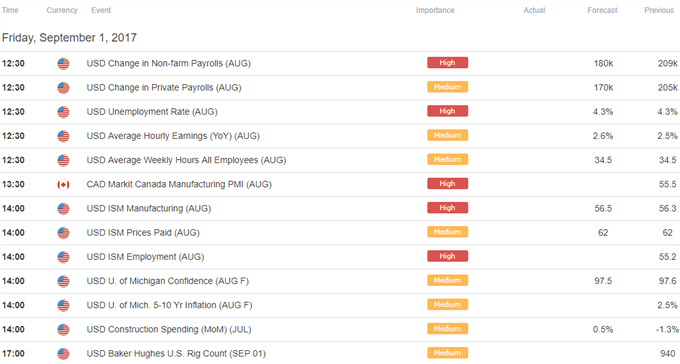