- Percentage of Traders Net-Long USD/CAD is Now Its Highest Since August 09. 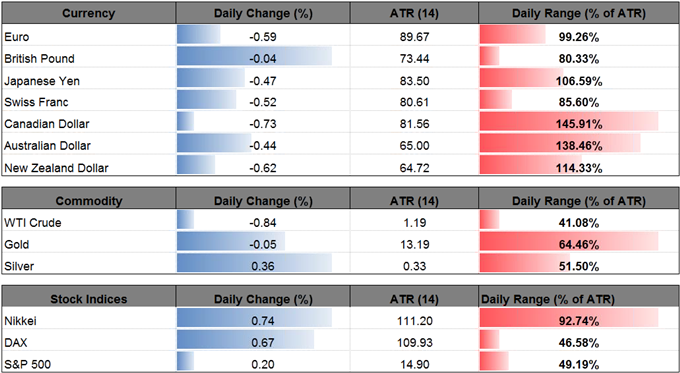 AUD/USD gives back the advance from earlier this week follow a batch of positive data prints coming out of the U.S. economy, and the pair may continue to consolidate ahead of the highly anticipated Non-Farm Payrolls (NFP) report as market participants mull the outlook for monetary policy.

With the Reserve Bank of Australia (RBA) widely expected to preserve the record-low cash rate at the September 5 meeting, Governor Philip Lowe and Co. may merely attempt to jawbone the local currency as ‘an appreciating exchange rate would be expected to result in a slower pick-up in economic activity and inflation than currently forecast.’

As a result, market participants may put increased emphasis on U.S. data prints as the Federal Reserve ‘expects to begin implementing its balance sheet normalization program relatively soon.’ The greenback may trade on a firmer footing ahead of the next Federal Open Market Committee (FOMC) interest rate decision on September 20 as the economy is projected to add another 180K jobs in August, and Chair Janet Yellen and Co. may stay on course to deliver three rate-hikes in 2017 as the economy approaches full-employment. However, a Fed officials may project a more shallow path for the benchmark interest rate as inflation continues to run below the 2% target, and the bearish sentiment surrounding the U.S. dollar may persist throughout the remainder of the year as Fed Fund Futures highlight narrowing expectations for a move in December. 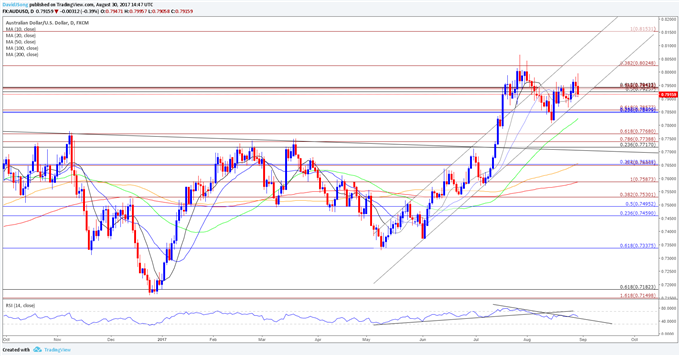 USD/CAD initiates a series of higher highs & lows after failing to test the July-low (1.2413), and the pair may stage a larger recovery ahead of the Bank of Canada (BoC) meeting on September 6 as Governor Stephen Poloz and Co. are expected to keep the benchmark interest rate at 0.75%.

A more meaningful reversal may start to unfold as the dollar-loonie exchange rate carves a double-bottom going into the end of the summer months, but positive developments coming out of the Canadian economy may fuel the broader shift in USD/CAD behavior as it encourages the BoC further normalize monetary policy in 2017.

Even though the 2Q Gross Domestic Product (GDP) report is anticipated to show the growth rate expanding another 3.7%, a stronger-than-expected print may heighten the appeal of the Canadian dollar as ‘the output gap is now projected to close around the end of 2017, earlier than the Bank anticipated in its April Monetary Policy Report (MPR).’ Nevertheless, anything short of market forecast may encourage Governor Poloz and Co. to adopt a more patient approach, with the Canadian dollar at risk of facing a larger correction as FX traders push back bets for the next BoC rate-hike. 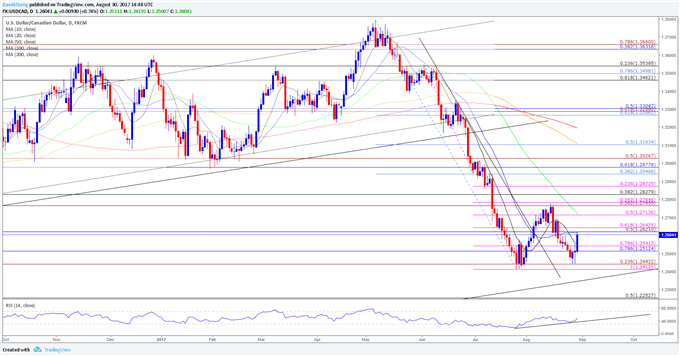 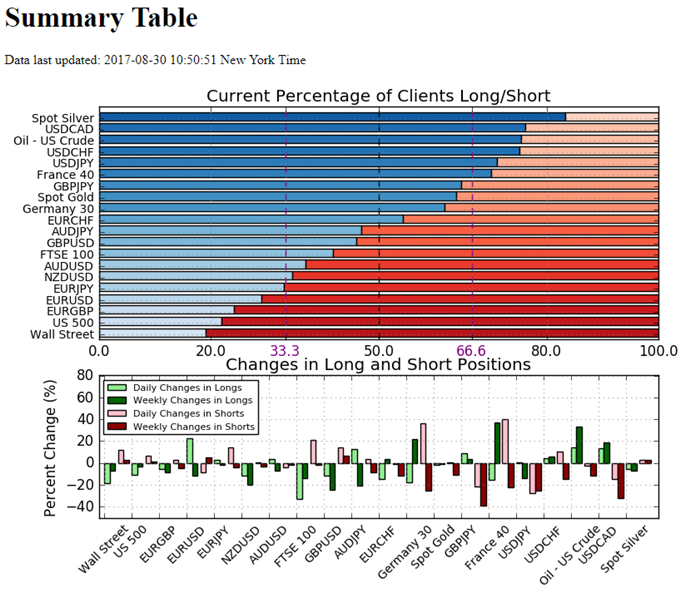 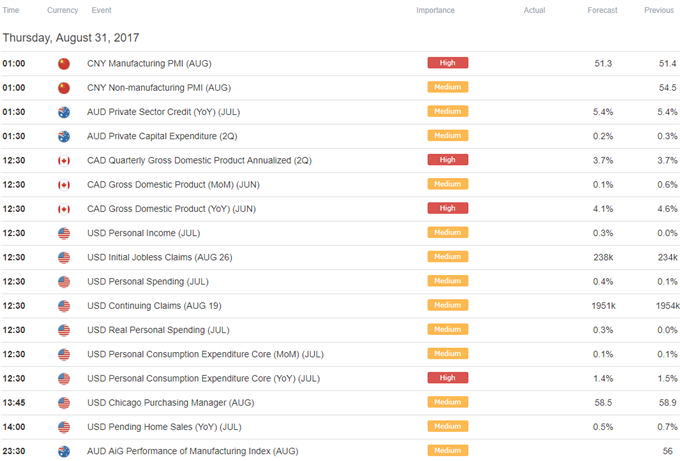