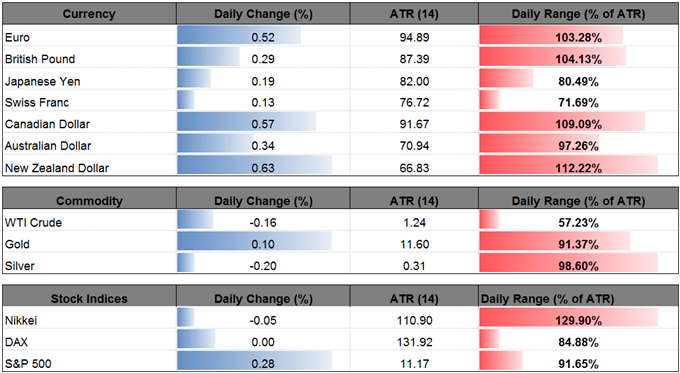 USD/CAD continues to pullback from a fresh weekly-high (1.2753) following the weaker-than-expected U.S. Consumer Price Index (CPI), with the pair at risk for further losses as it fails to extend the series of higher-lows from earlier this week.

Below-forecast inflation appears to be dragging on rate expectations as Fed Fund Futures now reflect growing speculation Chair Janet Yellen and Co. will keep the benchmark interest rate on hold throughout the remainder of the year. Mixed data prints coming out of the U.S. economy may encourage the Federal Open Market Committee (FOMC) to adopt a less-hawkish tone at the next interest rate decision on September 20, and central bank officials may ultimately project a more shallow path for the Fed Funds rate as price growth continues to run below the 2% target,

In contrast, the Bank of Canada (BoC) may come under pressure to further normalize monetary policy in 2017 as Canada’s CPI is anticipated to increase an annualized 1.3% in July follow a 1.0% expansion the month prior. A pickup in consumer prices may heighten the appeal of the Canadian dollar, with USD/CAD at risk of exhibiting a more bearish behavior ahead of the BoC’s next meeting on September 6 as Governor Stephen Poloz and Co. remove the record-low interest rate and note that ‘the output gap is now projected to close around the end of 2017, earlier than the Bank anticipated in its April Monetary Policy Report (MPR).’ 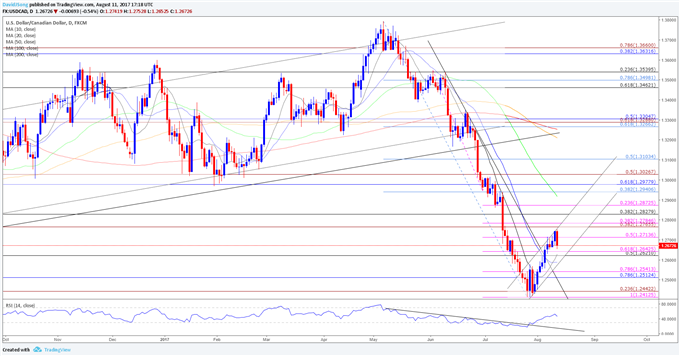 The Australian dollar struggles to hold its ground as Reserve Bank of Australia (RBA) Governor Philip Lowe endorses a wait-and-see approach for monetary policy, and AUD//USD stands at risk for further losses as the pair extends the series of lower-highs from earlier this month.

After reviewing the opening statement, the testimony to of the House of Representatives Standing Committee on Economics suggests the RBA is in no rush to remove the record-low cash rate as ‘the Board has been prepared to be patient.’ At the same time, it seems as though the central bank is becoming less tolerant of the recent strength in the Australia dollar as Governor Lowe warns a ‘further appreciation, all else constant, would cause a slower pick-up in inflation and slower progress in reducing unemployment.’

In turn, the RBA Minutes due out next week may reveal a greater willingness to retain the current policy throughout 2017, and the key data prints coming out of the Australian economy may produce near-term headwinds for the local currency as the 2Q Wage Price Index (WPI) is anticipated to hold steady at an annualized 1.9% for third consecutive quarter, the slowest pace of growth since the data began in 1998. 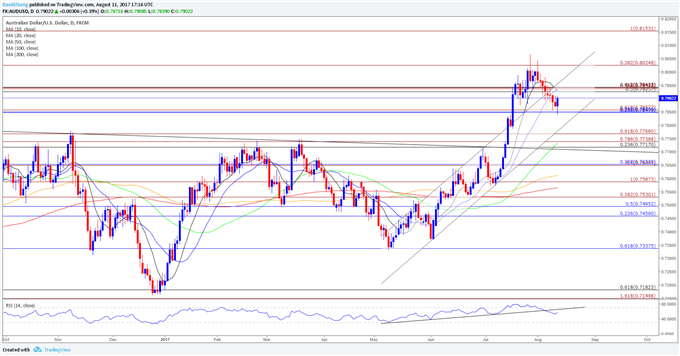 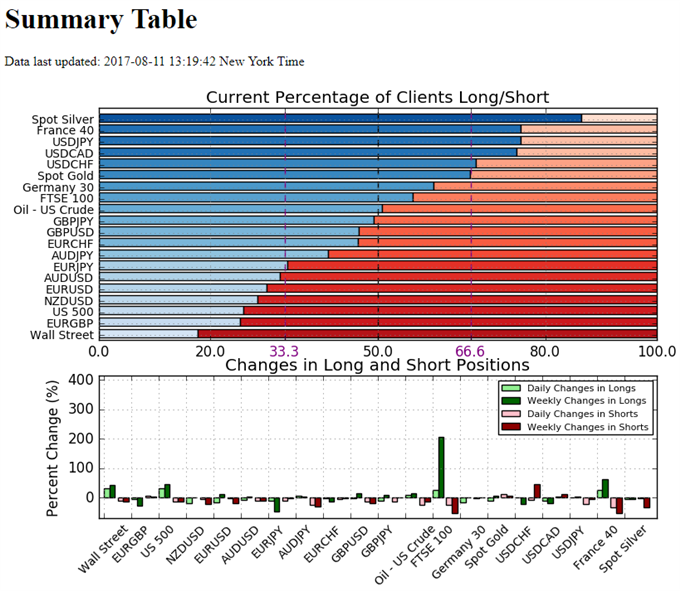 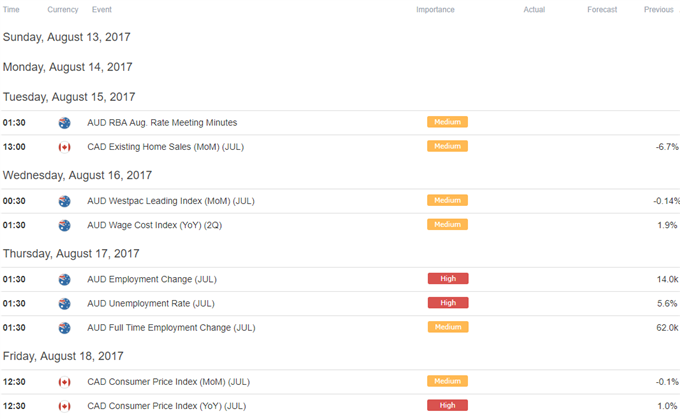