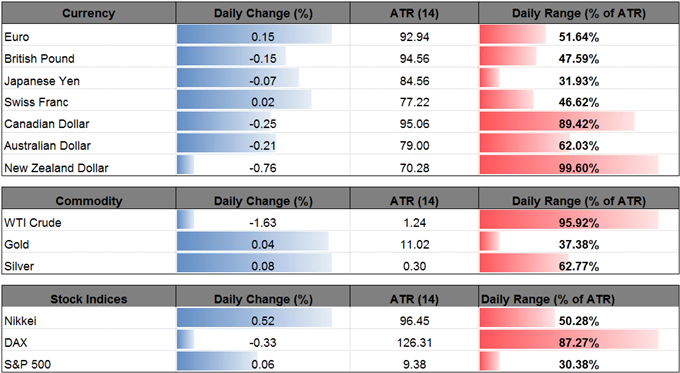 The Euro outperforms its major counterparts following the U.S. Non-Farm Payrolls (NFP) report, but the recent series of lower-highs in EUR/USD raises for a larger pullback amid the failed attempt to fill-in the gap from January-2015 (1.2000 down to 1.1955).

The shift in EUR/USD behavior may continue unfold over the coming months as European Central Bank (ECB) drops its dovish tone and appears to be on course to taper the quantitative easing (QE) program ahead of the December deadline. Nevertheless, Federal Reserve officials may continue to endorse three rate-hikes for 2017 amid the recent pickup in household earnings accompanied by the ongoing expansion in job growth.

In turn, Chair Janet Yellen and Co. may endorse a more aggressive approach in normalizing monetary policy, and the dollar may stage a near-term recovery ahead of the next interest rate decision on September 20 as ‘the Committee expects to begin implementing its balance sheet normalization program relatively soon.’ However, Fed officials may adopt a less-hawkish tone as Chair Yellen argues ‘the federal funds rate would not have to rise all that much further to get to a neutral policy stance,’ and the dollar may face a more bearish fate over the coming months should the fresh forecast coming out of the central bank drag on interest-rate expectations. 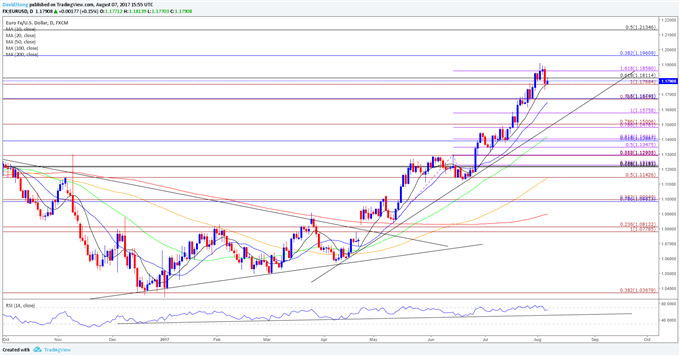 NZD/USD remains under pressure ahead of the Reserve Bank of New Zealand’s (RBNZ) August 9 meeting, with the pair at risk of facing a near-term correction as it struggles to preserve the bullish trend carried over from earlier this year.

The interest rate decision may yield a limited market reaction as the RBNZ is widely expected to keep the official cash rate at the record-low of 1.75%, but the accompanying policy statement may drag on the New Zealand dollar should the central bank show a greater willingness to retain the wait-and-see approach beyond Governor Graeme Wheeler’s departure in September. At the same time, the RBNZ may follow a similar approach to its Australian counterpart and toughen the verbal intervention on the local current as ‘a lower New Zealand dollar would help rebalance the growth outlook towards the tradables sector.’

Unless the RBNZ drops its cautious outlook, NZD/USD may continue to exhibit a bearish behavior over the coming days as the central bank appears to be in no rush to normalize monetary policy. 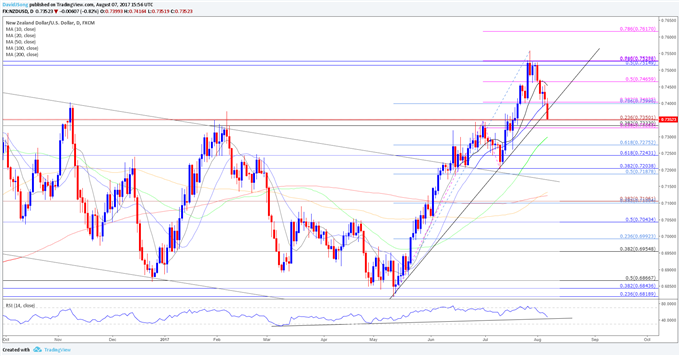 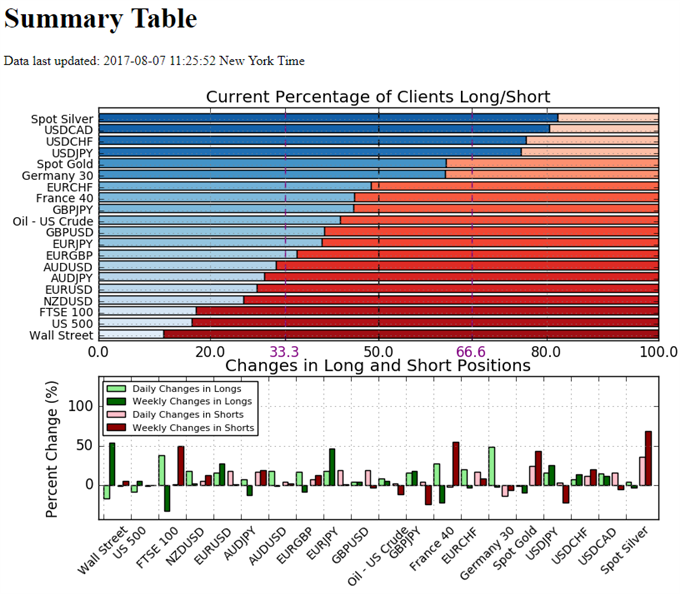