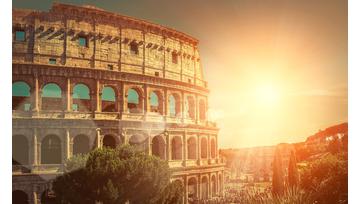 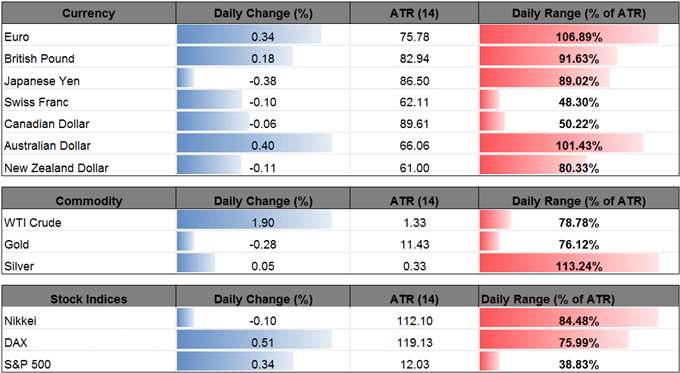 EUR/USD rallies to a fresh 2017-highs as European Central Bank (ECB) officials adopt an improved outlook for the monetary union, while Greece issues new bonds for the first time since 2014.

Even though the ECB remains in no rush to remove the zero-interest rate policy (ZIRP), the shift in euro-dollar behavior may persist throughout the second-half of the year as Governing Council member Yves Mersch drops the dovish outlook and anticipates underlying inflation to gradually pick up as ‘reflationary forces are at play.’ With the quantitative easing (QE) program set to expire in December, positive developments coming out of the euro-area may encourage President Mario Draghi and Co. to wind down the non-standard measure over the coming months especially as the central bank boosts its growth forecast for policy horizon.

In turn, EUR/USD may continue to exhibit a bullish behavior over the near-term, with the pair quickly approaching the August 2015-high (1.1714). 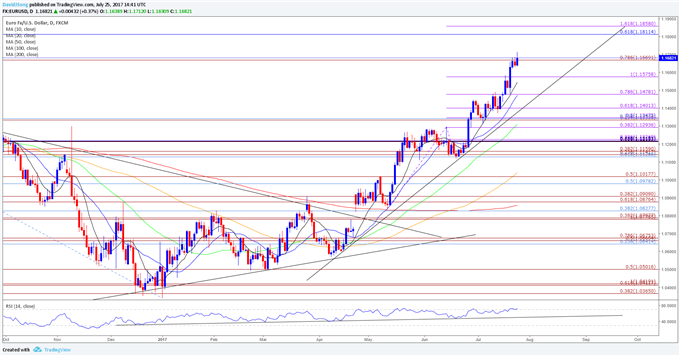 USD/JPY bounces back from the monthly-low (110.62), with U.S. Treasury Yields exhibiting a similar behavior, but the Federal Open Market Committee (FOMC) interest rate decision may do little to alter the near-term outlook for the dollar-yen exchange rate as Chair Janet Yellen and Co. are widely anticipated to keep the benchmark interest rate on hold.

Even though the Federal Reserve appears to be on course to further normalize monetary policy in 2017, the committee may soften its hawkish tone and attempt to buy more time as the central bank struggles to achieve the 2% target for inflation. At the same time, the Bank of Japan (BoJ) appears to be slowly changing its tune as officials note a ‘growing interest in the so-called exit,’ and Governor Haruhiko Kuroda and Co. may show a greater willingness to gradually move away from its asset-purchase program amid the ‘moderate expansion’ in economic activity.

Keep in mind, the BoJ remains in no rush to remove the Quantitative/Qualitative Easing (QQE) program with Yield-Curve Control as Governor Kuroda and Co. now anticipate to achieve the 2% inflation-target in fiscal year 2019, but a further shift in the monetary policy outlook may sap the bearish sentiment surrounding the Japanese Yen as the central bank appears to be approaching the end of its easing-cycle. 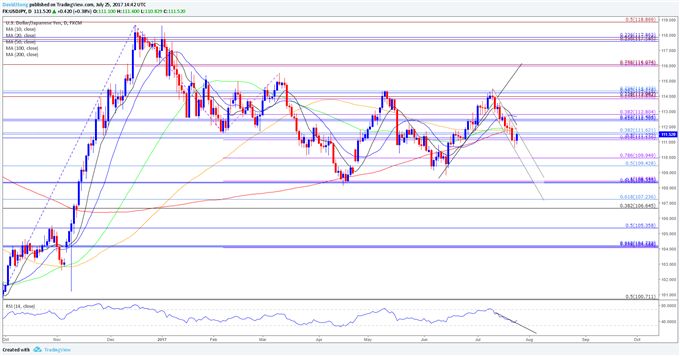 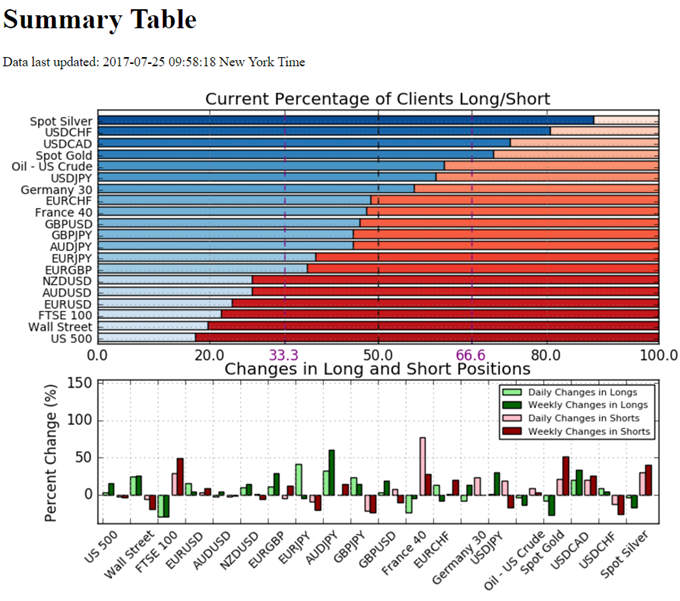