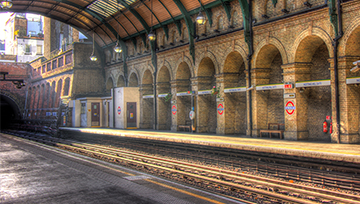 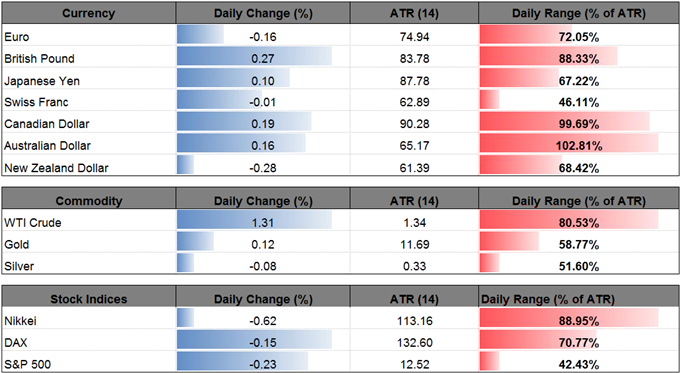 GBP/USD appears to be making a run at the monthly high (1.3126) as it initiates a series of higher highs & lows, but the 2Q U.K. Gross Domestic Product (GDP) report may undermine the rebound in Cable as the growth rate is expected to slow to an annualized 1.7% from 2.0% during the first three-months of 2017.

Another below-forecast GDP print may encourage the Bank of England (BoE) to preserve the record-low interest rate throughout 2017 as it dampens the risk for above-target inflation, and the majority of central bank officials may continue vote in favor of the wait-and-see approach as the U.K.’s departure from the European Union (EU) clouds the economic outlook with high uncertainty. As a result, GBP/USD may consolidate over the near-term as the technical outlook remains cluttered with mixed signals. 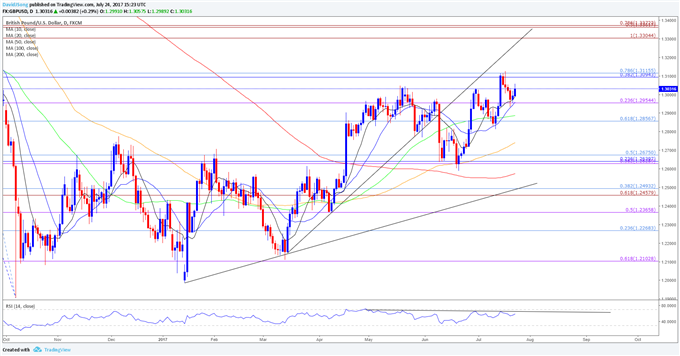 EUR/USD pulls back from a fresh 2017-high (1.1684) ahead of the Federal Open Market Committee’s (FOMC) July 26 interest rate decision, but the shift in market behavior may continue to unfold over the coming months should Fed Chair Janet Yellen and Co. show a greater willingness to further delay the normalization cycle.

The FOMC may merely try to buy more time ahead of its next quarterly meeting in September amid the mixed data prints coming out of the U.S. economy, and the committee may become more inclined to remove the quantitative easing (QE) program in 2018 especially as notable figures like J.P. Morgan CEO Jamie Dimon warn unloading the Fed’s balance sheet ‘could be a little more disruptive than people think.’ At the same time, below-target inflation accompanied by the ongoing weakness in household earnings may encourage Fed officials to highlight a more shallow path for the benchmark interest rate as Chair Yellen argues the ‘the federal funds rate would not have to rise all that much further to get to a neutral policy stance.’

In turn, more of the same from the FOMC may dampen the appeal of the greenback with Fed Fund Futures still highlighting a 50/50 chance for three rate-hikes in 2017. 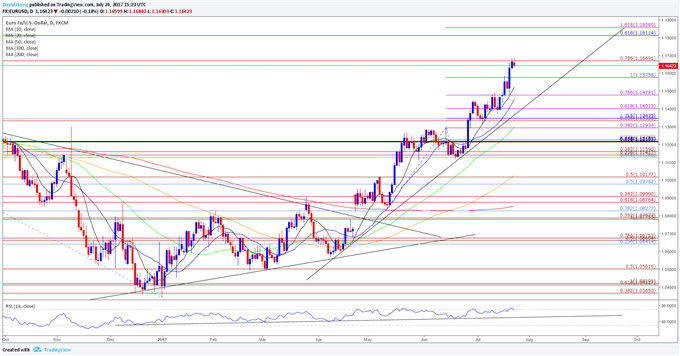 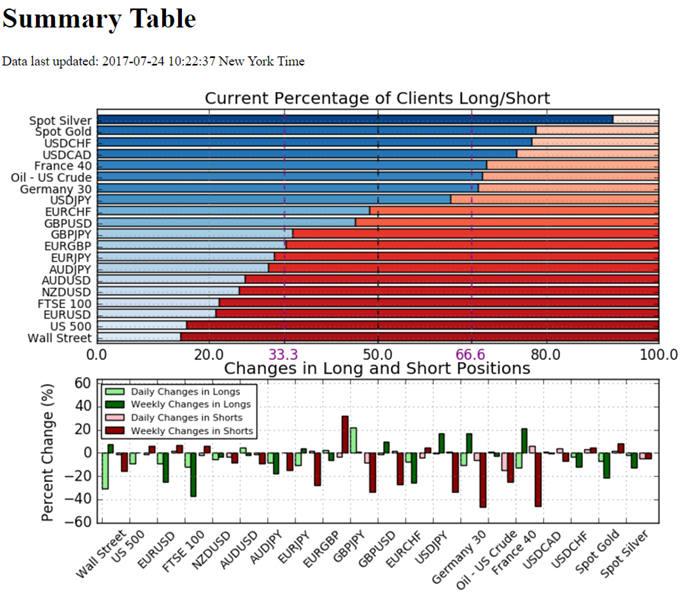 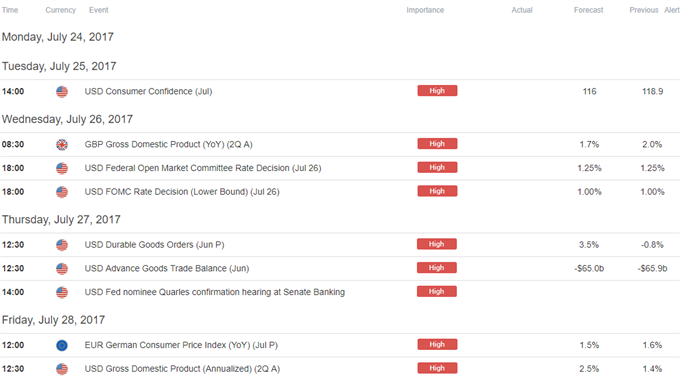