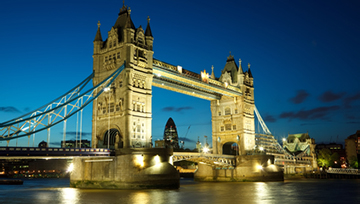 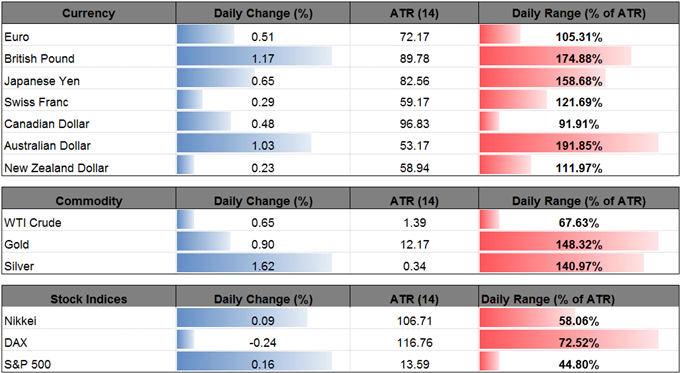 Key data prints coming out of the U.K. economy may rattle the near-term advance in GBP/USD should the developments encourage the Bank of England (BoE) to maintain the record-low interest rate throughout 2017.

With both the headline and core Consumer Price Index (CPI) expected to hold steady in June, Governor Mark Carney and Co. may merely attempt to buy more time at the next meeting on August 3 as the economic outlook remains clouded with high uncertainty. Even though Monetary Policy Committee (MPC) member Ian McCafferty argues the BoE should reevaluate the fate of the quantitative easing (QE) program ‘given that other central banks are thinking about it,’ the narrow threat of above-target inflation may keep the majority on the sidelines for the foreseeable future especially as Silvana Tenreyro joins the central bank. 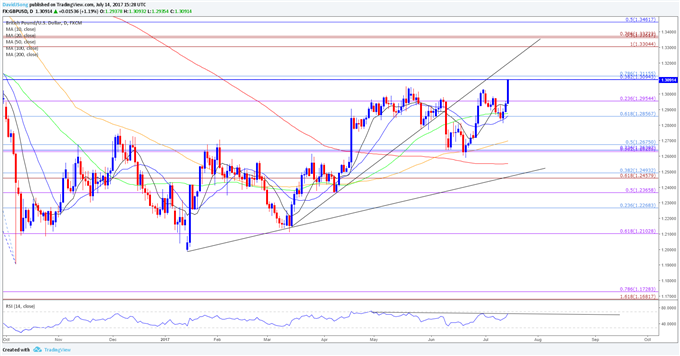 The rebound from the June-low (108.80) continues to unravel, with USD/JPY at risk for a further decline next week as lackluster data prints coming out of the U.S. economy drag on interest-rate expectations.

Fed Fund Futures are back to pricing a 50/50 chance for a December rate-hike as the U.S. Consumer Price Index (CPI) narrowed for the fourth consecutive month in June, and the Federal Open Market Committee (FOMC) may largely endorse a wait-and-see approach at the July 26 rate decision as the central bank struggles to achieve the 2% target for inflation. The cautious testimony from Chair Janet Yellen suggest Fed officials may now highlight a more shallow path for the benchmark interest rate especially as the Atlanta Fed GDP model continues to trim the 2Q forecast, and the committee may show a greater willingness to unload the balance sheet in 2018 as ‘the federal funds rate would not have to rise all that much further to get to a neutral policy stance.’ 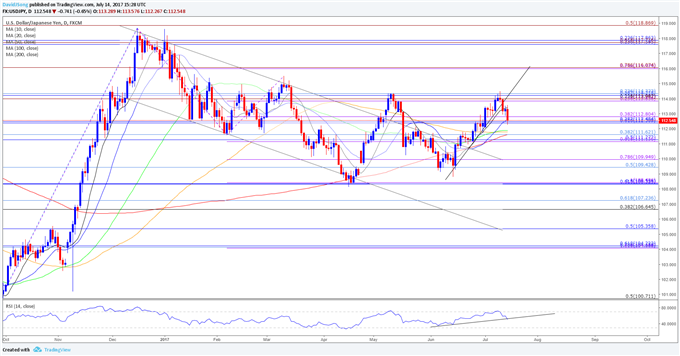 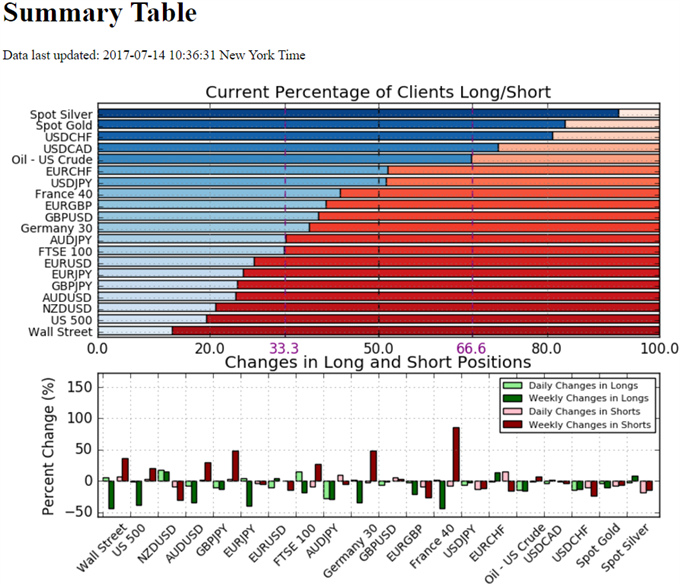