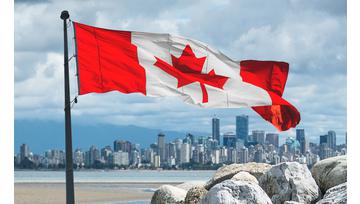 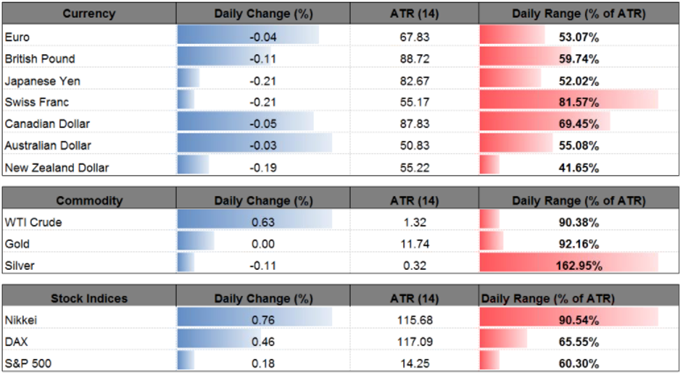 USD/CAD pares the decline from the previous week, with the exchange rate bouncing back from fresh yearly (1.2860), but the Bank of Canada’s (BoC) July 12 interest rate decision may fuel a further shift in market behavior should the central bank continue to alter the outlook for monetary policy.

The 45.3K rise in Canada Employment may encourage the BoC to adopt an improved outlook for the region as ‘the Canadian economy’s adjustment to lower oil prices is largely complete,’ and fresh remarks from Governor Stephen Poloz and Co. may trigger a bullish reaction in loonie should the central bank show a greater willingness to lift the benchmark interest rate off of the record-low. 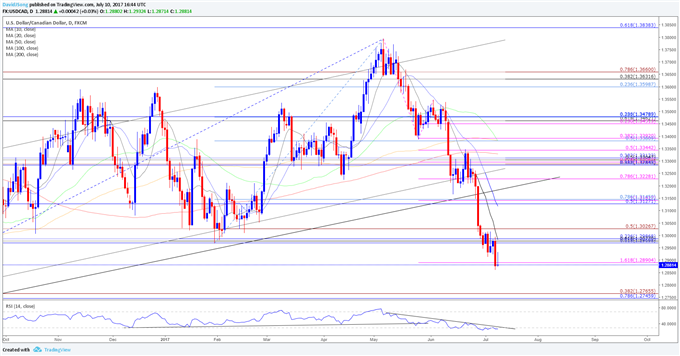 GBP/USD stands at risk of giving back the rebound from the previous month as the pair marks a failed attempt to test the May-high (1.3048).

The longer-term outlook for the British Pound remains bearish amid the ongoing threat of a ‘hard Brexit,’ and the pound-dollar exchange rate may continue to consolidate over the near-term as mixed data prints coming out of the U.K. economy encourage the Bank of England (BoE) to keep the benchmark interest rate at the record-low. Even though the Jobless Claims report is anticipated to show a 120K expansion in employment, another weaker-than-expected Average Weekly Earnings print may drag on Sterling as it dampens bets for an imminent rate-hike. In turn, BoE Governor Mark Carney and Co. may merely try to buy more time at the next policy meeting on August 3 as the ‘projections that the Committee published in May showed that the economy was expected to operate with a small degree of spare capacity for most of the three-year forecast period, justifying the tolerance of some degree of above-target inflation.’ 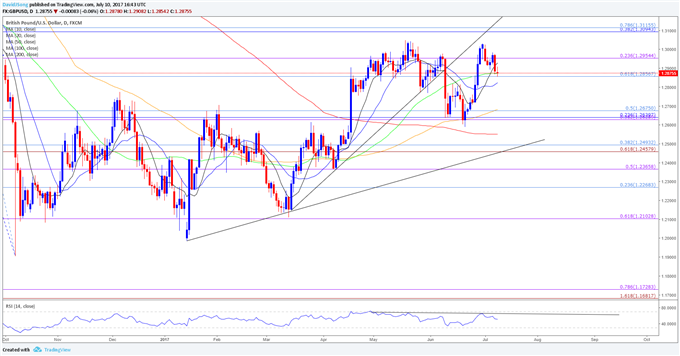 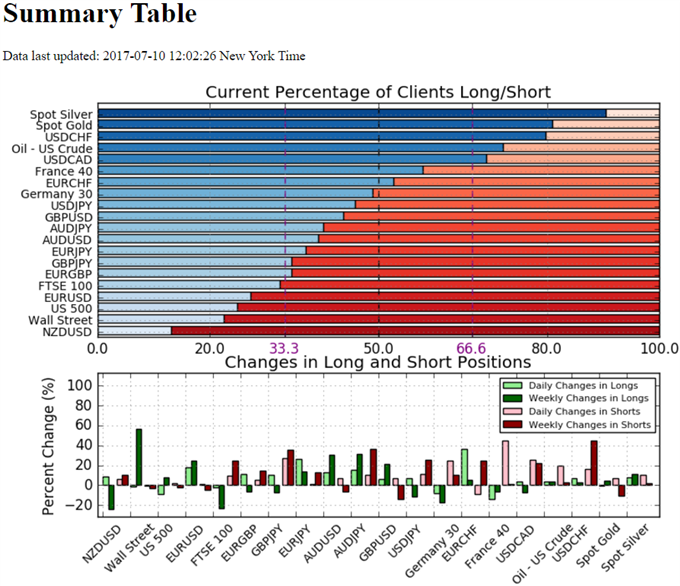 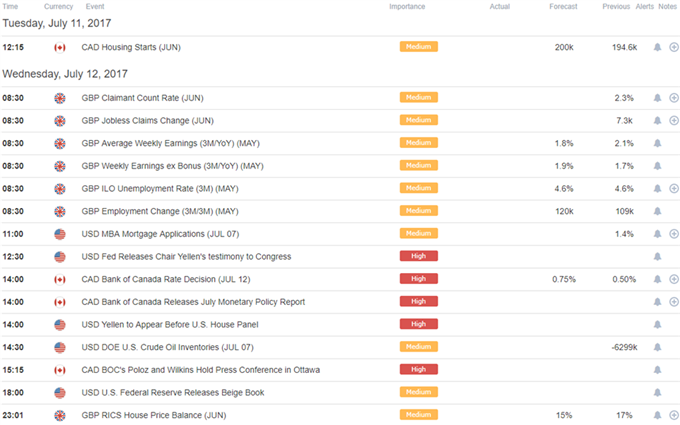