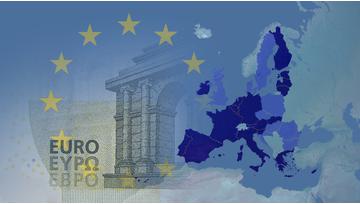 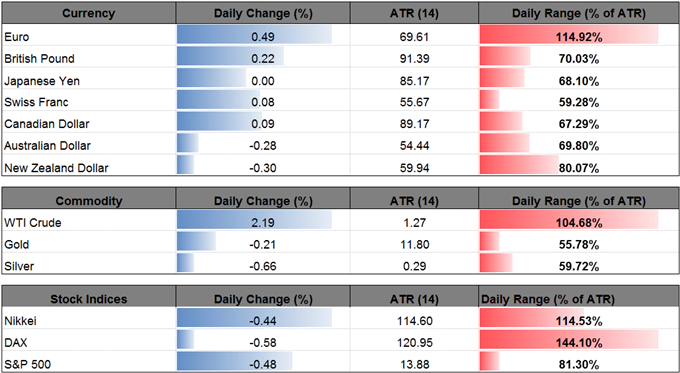 EUR/USD appears to be on its way to test the 2017-high (1.1446) as the European Central Bank (ECB) shows a greater willingness to move away from its easing cycle.

President Mario Draghi and Co. appear to be embracing a less-dovish outlook for monetary policy as officials note the positive developments coming out of the euro-area ‘had to be reflected in the Governing Council’s communication by dropping the reference to the expectation of further rate cuts in its forward guidance on policy rates.’ As the ECB finally puts a floor on interest rates, it seems as though the central bank will continue to revisit ‘the easing bias with respect to the APP purchases’ as the non-standard measure is set to expire in December. As a result, the material shift in EUR/USD behavior may gather pace in the second-half of the year should the Governing Council show a greater willingness to gradually wind down its asset-purchase program over the coming months.

At the same time, Fed Fund Futures are now pricing a less than 60% probability for a December rate-hike as the ADP Employment survey falls short of market expectations, with private-sector jobs increasing 158K in June. In turn, market participants may put increased emphasis on the Non-Farm Payrolls (NFP) report as job and wage growth are projected to pick up going into the second-half of the year, but another batch of mixed data prints may generate a bearish reaction in the U.S. dollar especially as the Federal Open Market Committee (FOMC) remains in no rush to unload the balance sheet. 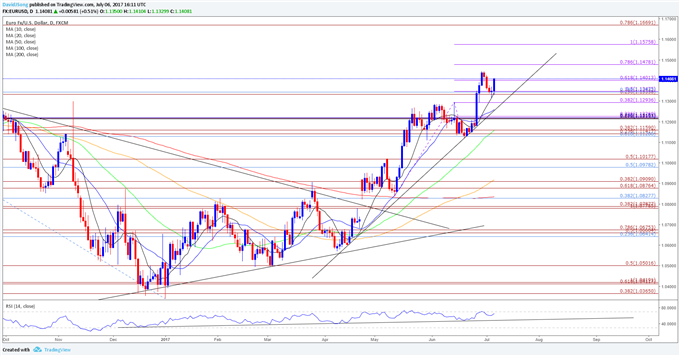 The New Zealand dollar lags behind its major counterparts, with NZD/USD at risk of exhibiting a more bearish behavior as the pair extends the series of lower highs & lows carried over from the previous week.

Failure to test the February high (0.7376) keeps the broader outlook tilted to the downside, and the rebound from the 2017-low (0.6818) may largely unravel ahead the next Reserve Bank of New Zealand (RBNZ) interest rate decision on August 10 as central bank remains in no rush to lift the cash rate off of the record-low. Even though Governor Graeme Wheeler is schedule to depart in September, the New Zealand Institute of Economic Research (NZIER) noted ‘recent developments add to the case that there is little urgency for the RBNZ to begin lifting interest rates,’ and the wait-and-see approach for monetary policy may continue to dampen the longer-term outlook for NZD/USD as the research group expects the central bank to stay on hold until mid-2018. 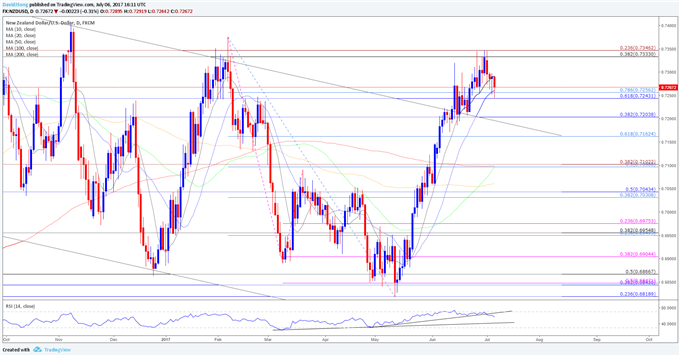 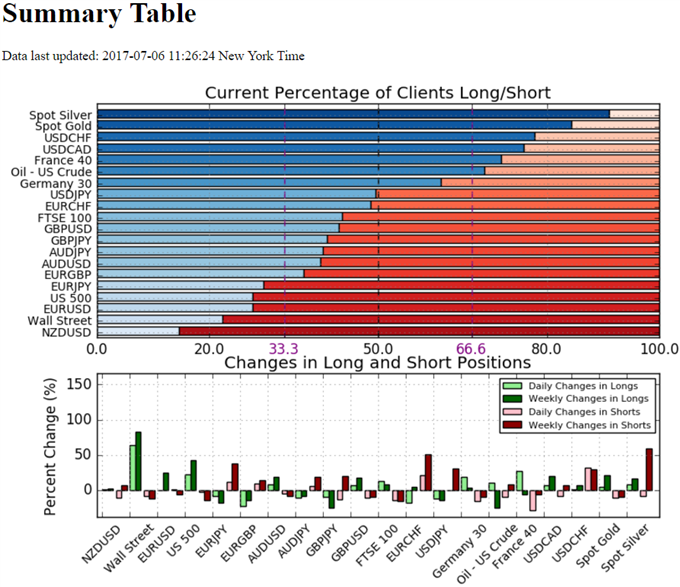