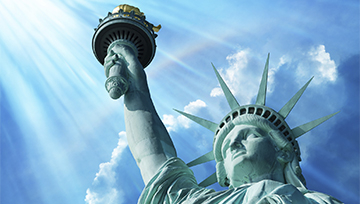 - Another softer-than-expected inflation report sends the British Pound tumbling across the board.

- US Dollar rebound could gather pace on the back of a strong July US Advance Retail Sales report later today.

- Retail crowd positioning has started to shift in recent days, particularly in GBP/USD since the beginning of August.

After a quiet week last week and quiet start to this one, the economic calendar is flexing its muscles today with a barrage of key data releases from across the globe. Already today we've seen the Q2'17 German GDP report beat expectations and provide support for the Euro, while the July UK Consumer Price Index was weaker than expectations, sending the British Pound to fresh yearly lows versus the Euro.

With respect to the British Pound and inflation, it appears our thesis expressed on July 9, when we wrote, "Ultimately, given that the statistical base effect of the June 2016 Brexit vote has now washed away and the British Pound is no longer down in the neighborhood of -15% to -20% year-over-year, inflation may no longer have the strong tailwind it has enjoyed for the past several months. Likewise, weakness in oil prices suggests that another important driver of the first half swing higher in inflation readings across developed economies has fizzled out." 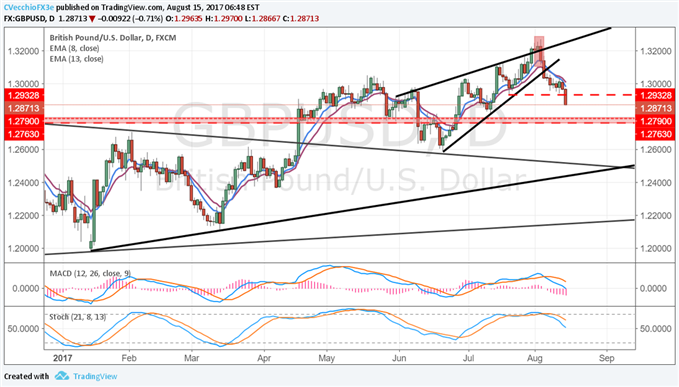 The softer inflation print out of the UK today reinforces the shift in tone seen at the August 3 Bank of England meeting, after which we suggested that the BOE had marked the top in the GBP-crosses. Now that the US Dollar is getting some legs underneath it, the rising bearish wedge in GBP/USD looks like it is increasingly viable; a return to the base of 1.2589 is expected over the coming weeks.

Meanwhile, as geopolitical tensions between North Korea and the United States ease, the drop in demand in safe havens has prompted a sharp turnaround in the Japanese Yen in recent days. Notably, USD/JPY, which had lost support from the April and June 2017 swing lows, has returned back above the trendline. Likewise, the downtrend since the July 11 high appears to have been broken too. A daily close above 110.25/30 today would suggest the breakdown has failed and further price gains should be anticipated. 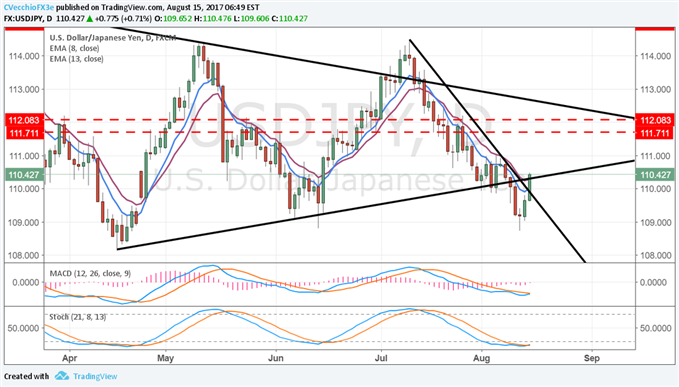 Fortunately for the US Dollar, the economic calendar is going to flex its muscles once again today and deliver a rather important data release: the July US Advance Retail Sales report. As US growth is built on the foundation of consumption (roughly 70% of headline GDP), retail sales is perhaps one of the most important data series that is released in any given month.

Certainly, given how weak US economic data has generally been, and that expectations for today's retail sales report are high (+0.4% due from -0.2% (m/m)), a solid report should help the US Dollar rebound gather pace versus the British Pound and the Japanese Yen.

After the data is released, we'll be looking for an update to the Atlanta Fed's GDPNow growth forecast for Q3'17, which currently sits at +3.5%. Any incoming data that points to growth north of +3% will be seen as bullish for the US Dollar, particularly as days fall off the calendar between now and the September 20 FOMC meeting.