Did BOE Just Mark the Top in GBP-crosses? JPY in Focus

- The Bank of England voted to hold rates 6-2 earlier today, and their updated economic projections were much more dovish than markets anticipated.

- Outside engulfing bars and key reversals in several GBP-crosses suggest that we may be at the end of the road of British Pound strength.

After the British Pound rallied for weeks on speculation that the Bank of England would join the growing chorus of central banks looking to tighten policy, it appears that Governor Mark Carney and the Monetary Policy Committee may have stopped bullish Sterling momentum in its tracks.

The BOE's 6-2 vote to keep rates on hold today was the more dovish of two most likely voting outcomes (the other being a slightly more hawkish 5-3 outcome). But the true reason for the British Pound's decline after the policy announcement has to do with the economic forecasts contained in the Quarterly Inflation Report itself. 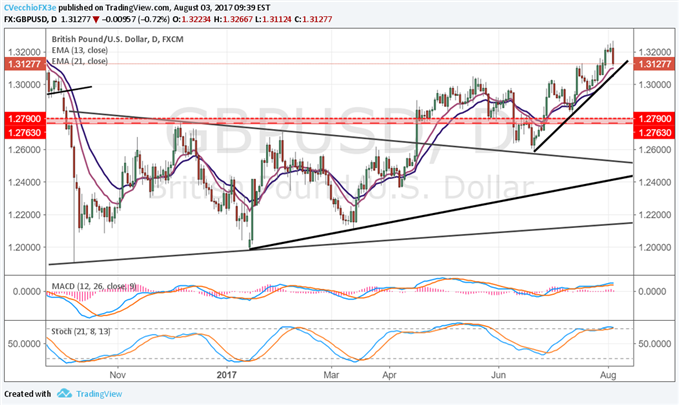 The BOE's QIR was notably more dovish than its prior May iteration. The BOE cut growth forecasts for 2017 and 2018, while only upgrading its 2017 inflation forecast by +0.1%. You can read Market Analyst Nick Cawley's summary of the August QIR and rate decision here. 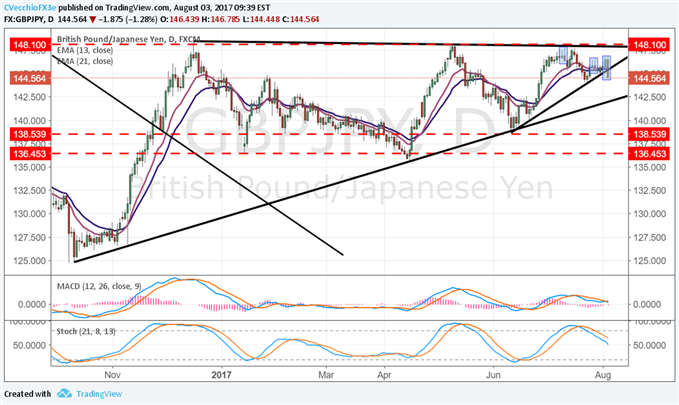 In sum, the stance the BOE took today, particularly with respect to inflation, hits the mark in terms of our longer-term expectation that British Pound rallies should be sold. As we wrote in the July 9 British Pound weekly trading forecast, "given that the statistical base effect of the June 2016 Brexit vote has now washed away and the British Pound is no longer down in the neighborhood of -15% to -20% year-over-year, inflation may no longer have the strong tailwind it has enjoyed for the past several months." 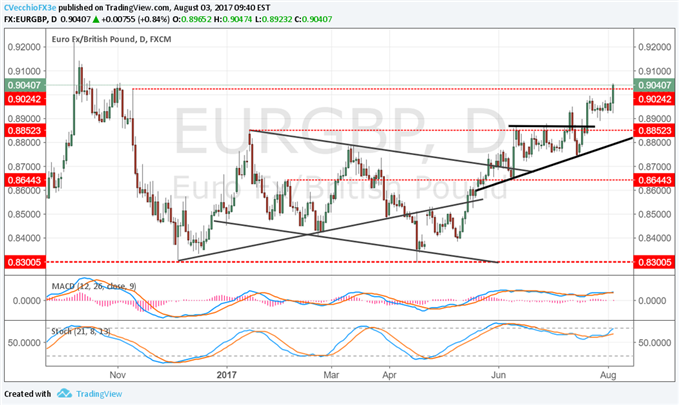 See the above video for a technical review of the DXY Index, EUR/USD, GBP/USD, EUR/GBP, GBP/JPY, USD/JPY, AUD/JPY, Gold, Crude Oil, and US yields.

Read more: With USD/JPY at Support, EUR/JPY May Now Breakout