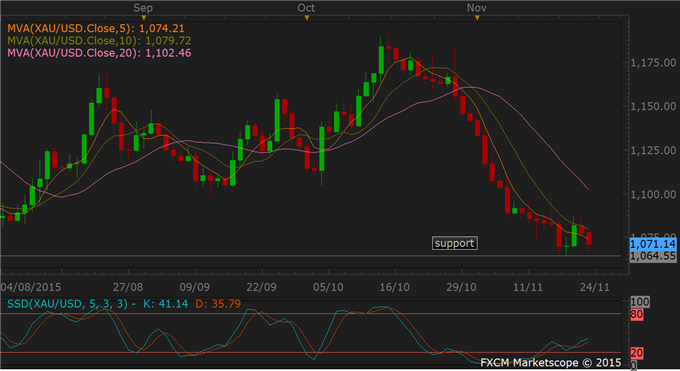 Copper and Oil Flip over Tumbling Demand while Production Is Aplenty

US dollar reversed to a bid tone this morning in Asia from overnight consolidation, while EUR, JPY and commodity currencies gave back Friday’s gains. Commodities also slipped under renewed selling interests led by copper.

Copper and metals have been the biggest losers among major commodities as Chinese smelters issued a joint statement for a 500,000 metric tons curtail of output in 2016. It shred 2 percent on COMEX and 3.3 percent on Shanghai Future Exchange. The slump thus put downward pressure on the Australian dollar, which has lost 0.9 percent so far. On London Metal Exchange, copper slid below 2009 low while nickel reached the lowest since 2003.

Oilextended decline to 40.61 in Asian afternoon as Venezuela’s oil minister warned of mid $20 prices if OPEC does not act to stabilize the market soon. Meanwhile, Iran’s oil minister requested participation to the group’s already crowded pool of 30 million barrels quota.

Contrastingly, demand from India fell to 3.9 percent from last year in October, according to Petroleum Planning & Analysis Cell. In the same month, China increased crude imports from Russia while reduced imports from Iran and Saudi Arabia, leaving OPEC with extra oil on hand.

Gold dropped with oil as market fled from gold and short-term US Treasuries in anticipation of a December rate hike. USD strengthened in Asian session, while 2-year Treasury yields set to disrupt the a weekly lower-high for the first time since 2006. Fedspeak continued to affirm this speculation, with the latest reiteration from San Francisco Fed Williams.

GOLD TECHNICAL ANALYSIS – Similar to oil, gold consolidated above a long-term support at 1064.55 while momentum signals indicate some upward pressure is in place. The combination of downtrend and reversing momentum may keep bullion in a correction range for now. Gradual lower moves may emerge given the extension of trend signal. The bears should watch out for technical levels where gold may face short squeeze.

COPPER TECHNICAL ANALYSIS – There is no stopping to the spiral downward of copper price, which is good news for the bears. An immediate support comes at 5-day moving average at 2.155. Downward momentum is firmly in place in this weekly chart, thus lower extensions could be expected. All this may only change if there are signs of a reversal in momentum. 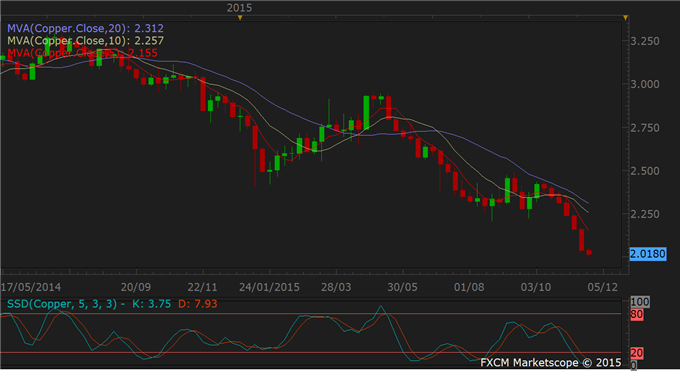 CRUDE OIL TECHNICAL ANALYSIS – WTI oil continued its choppy trading above the 39.97 support level. The downside of gold is held up just as momentum shows inherent upward pressure. Limited upside remains the theme here and oil traders may wait for a break of support first (or failure to do so). The bears should allow room for choppy prices in this period. 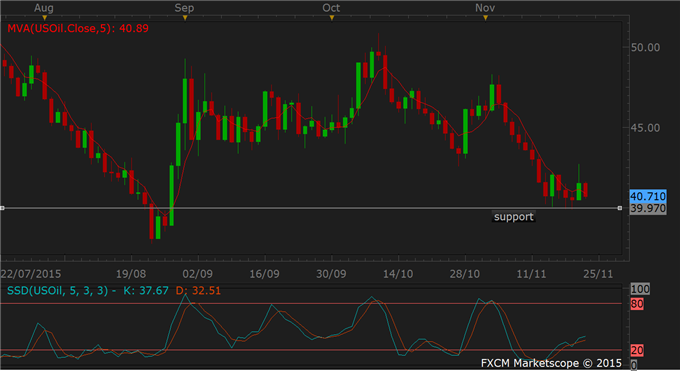