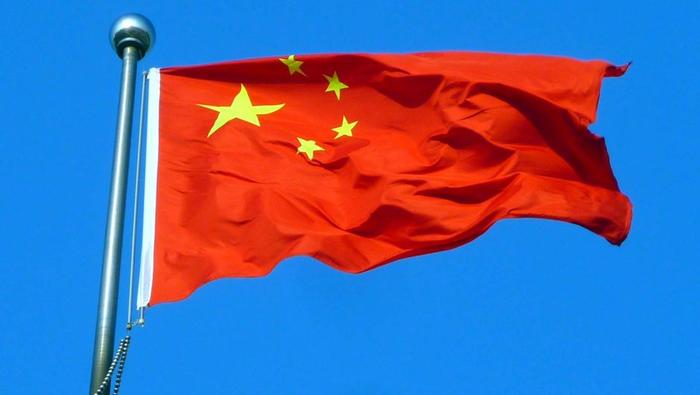 The Asia-Pacific trading session is set for a busy day, with several potentially hard-hitting economic events on tap. Australia’s June employment report will cross the wires at 01:30 GMT. Analysts are looking for 20k jobs to be added, with the unemployment rate to hold steady. China’s gross domestic product (GDP) for the second quarter will follow, along with industrial production, retail sales, and fixed asset investment data. That said, the Chinese Yuan and Australian Dollar will be in particular focus today.

Equity markets in the region may move higher after Wall Street indexes partially recovered losses from Tuesday. Treasury yields retreated as Federal Reserve Chair Jerome Powell told a House committee that the central bank still views inflation as temporary, despite a recent uptick in CPI numbers. The Fed Chief said the recovery “is still a ways off” from hitting its targets. The tech-heavy Nasdaq-100 led stocks higher, although only modestly, closing 0.17% higher. 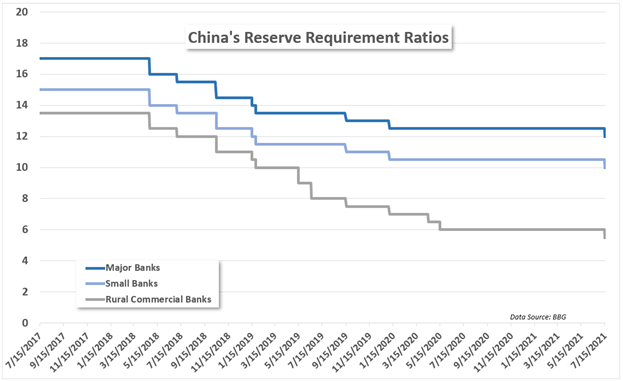 Still, the PBOC signaled that the move shouldn’t be interpreted as diverging away from its prudent stance on policy. While growth is expected to decline, China’s recovery is forecasted to outpace other major economies. The International Monetary Fund (IMF) sees GDP increasing by 5.6% in 2022. In fact, this week’s trade data showed an unexpected pickup in export growth, which boosted China’s trade surplus to the highest level since January.

The Yuan appreciated against the US Dollar following the upbeat trade data. USD/CNH fell sharply last year, and while prices have moderated, the currency is less than 2% away from 2018 lows. Chinese government bond yields continue to fall, reducing the differential between Treasuries. The spread between the Chinese 10-year and US 10-year has narrowed to 161 basis points. That spread has the potential to fall further if the PBOC eases further. The Yuan would likely weaken as the government’s debt becomes less attractive to foreign buyers, culling the demand for the currency.

That said, an upbeat GDP print today may cool bets on another round of PBOC easing. Analysts expect the Q2 y/y GDP figure to cross the wires at 8.1%, down from Q1’s 18.3% growth rate. Retail sales, industrial production, and fixed asset investment are also expected to ease. The economic figures will provide key insights into the Chinese recovery, which could help guide the markets to where the PBOC’s next step is.

The Yuan fell overnight versus the Greenback, pushing into a fresh July low. However, the rising 26-day Exponential Moving Average along with the 38.2% Fibonacci retracement level underpinned prices. A drop lower could see prices move back into a trendline from 2014. The July high at 6.5000 may serve as resistance if prices turn high. 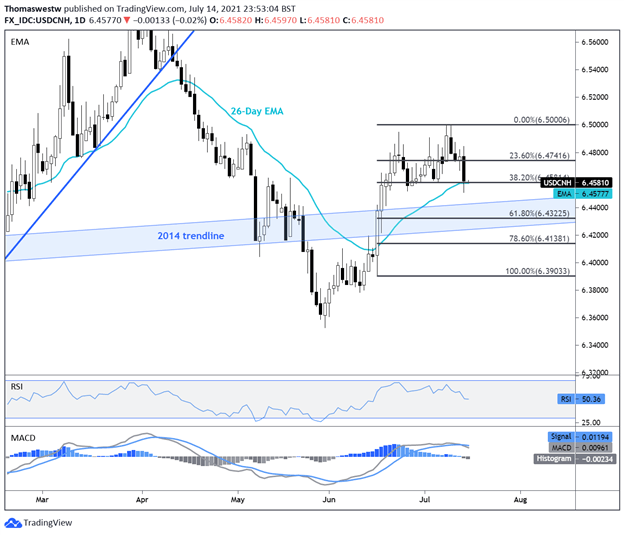