36 DAYS UNTIL THE US PRESIDENTIAL ELECTION

Markets may experience their biggest election-related shock with the first 2020 US presidential debate less than 36 hours away. Polls continue to show former Vice President Joe Biden in the lead, though it remains to be seen whether his popularity will remain intact with its current margin following the debate. See my comprehensive report here on what to expect from the first debate and how markets may react. 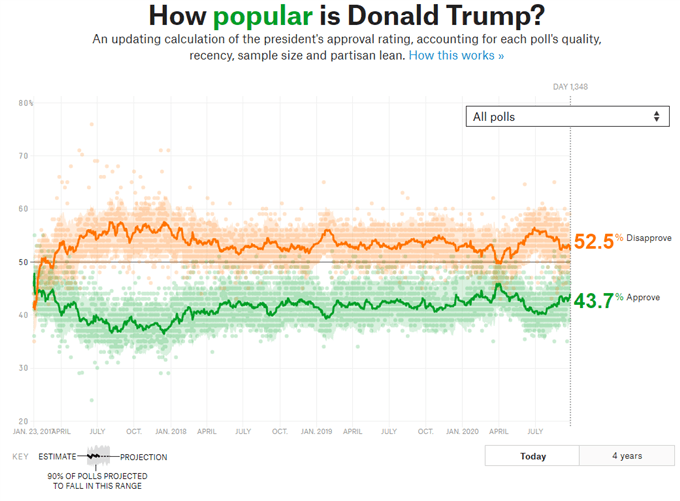 Late on Sunday, House Speaker Nancy Pelosi announced that the passage of another coronavirus stimulus package is not off the table as the Democrats scramble to draft an aid bill. The $2.4 trillion legislation that they are preparing is a little over $1t less than the first stimulus bill after attempts to implement a similar policy measure earlier this year was met with resistance by Senate Republicans.

The new bill includes unemployment benefit provisions, Paycheck Protection Program, direct payments to Americans and aid for airlines. While hope may not be unwarranted, it should be noted that Treasury Secretary Steven Mnuchin said that the Administration would not approve a stimulus bill with a price tag exceeding $1.5 trillion. Friction there could undo recent gains and drive the index lower.

The S&P 500 surged on Monday after facing an aggressive selling streak from its all-time high at 3588.1. The benchmark bounced from sturdy support at 3197.5 but will now have to clear a key inflection point at 3393.5. Breaking that ceiling with follow-through may reinforce the notion that the S&P 500 is on its way to a recovery, though precarious fundamentals could cause the index’s ascent to be derailed. 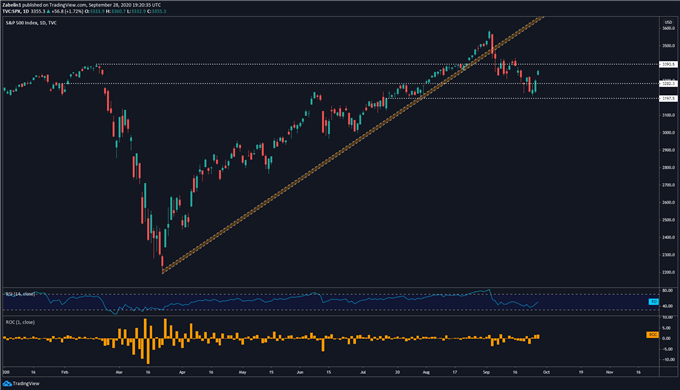