The US Dollar largely underperformed against its major counterparts on Wednesday, but most of the damage had already been done before the FOMC minutes crossed the wires. Local government bond yields tumbled, reflecting decreased hawkish monetary policy bets. Earlier in the day, Atlanta Fed President Raphael Bostic offered commentary that supported the ‘Powell Put’ narrative.

Mr. Bostic said that a patient approach is warranted and that the hike in December likely lifted rates closer to neutral. The rest of the day was filled with similar cautious notes from members such as Chicago Fed President Charles Evans. Then the FOMC minutes affirmed the central bank’s rather patient stance as it placed the focus on data dependence, a naturally more uncertain path.

With that in mind, market mood was not straight forward in terms of being optimistic. In fact, it was a rather choppy session. This may have been for a couple of reasons. First, the US government is still in a partial shutdown. Second, while US China trade talks concluded, a final joint statement has not been released yet, In fact, it is set to cross the wires at some point Thursday’s morning.

Still, the S&P 500 closed about 0.41% higher and sentiment-linked crude oil prices extended gains into a 7th day. An 8th day of gains would be the best winning streak since February 2012, about seven years ago! For the Canadian Dollar, it was a mixed day. The BoC left rates unchanged and hinted that while it is still looking to hike, it would be more over time rather than immediate.

But, then Governor Stephen Poloz committed to raising interest rates as the central bank remains increasingly data dependent. This almost completely erased any bets of a rate cut this year. Meanwhile, the New Zealand Dollar outperformed while the Australian Dollar came under pressure. Looking at bank bill futures, the markets become slightly more hawkish the RBNZ than the RBA this year over the past 24 hours.

Looking ahead, the markets are still eagerly anticipating the final joint statement about how US-China trade talks occurred. US President Donald Trump has expressed his desire to reach an agreement and respond in a way to help boost stock markets. Newswires reported that the two nations have agreed on agricultural compromises. However, they are apparently still far apart on more complicated issues.

If they coordinate and release a statement that leads to reduced trade war fears, the rally in stock markets may extend into Asia trade and even beyond given a more cautious Fed. With that in mind, the mood in stock markets going forward still remains in their hands. The Nikkei 225 may rally as the anti-risk Japanese Yen declines. NZD/USD may also extend its turn higher. This may fall apart if the delivery is not accepted well. 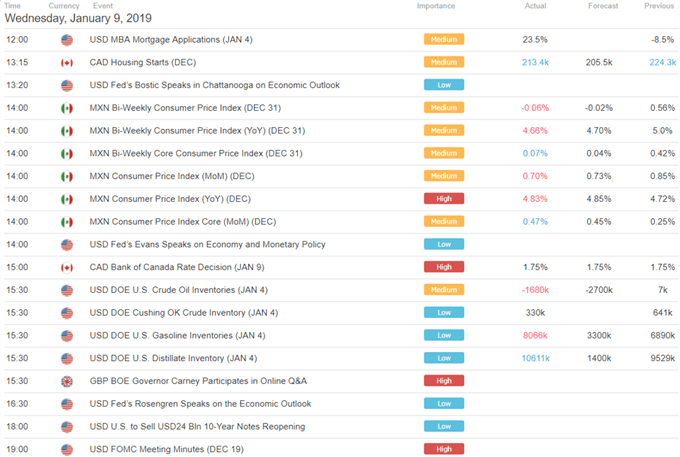 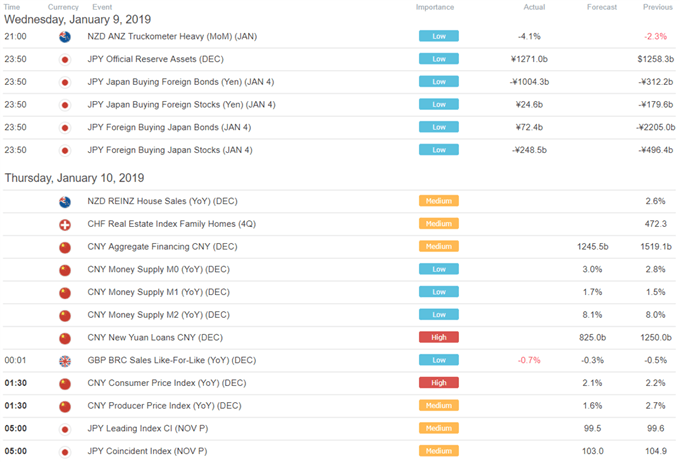