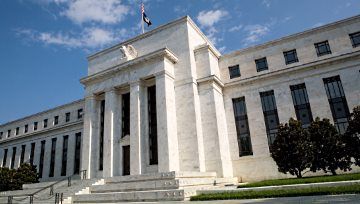 Wall Street was unable to carry on gains in Asia Pacific and European benchmark stock indexes. Those were pushed higher by remarks from US President Donald Trump that he was closer towards making a trade deal with China. This crossed the wires ahead of this month’s meeting between him and China’s President Xi Jinping. The Nikkei 225 soared about 2.56% on Friday.

What seemed to sour sentiment on Wall Street was a combination of two things. First, White House top Economic Adviser Larry Kudlow downplayed the notion that the two countries are on the verge of an agreement. Mr. Trump subsequently attempted to counter Mr. Kudlow’s remarks, saying that he thinks the US ‘will reach a trade deal with China’. Stocks attempted a recovery but the damage had already been one.

That is because earlier in the day we had an impressive US jobs report where average hourly earnings rose at their fastest pace since 2009. US government bond yields then staged a recovery, signaling firming Fed rate hike bets ahead of this week’s monetary policy announcement. It should also be worth noting that similar strong wage numbers preceded the global stock market selloff back in February.

The US Dollar edged cautiously higher after trimming some of its losses as a result. Pro-risk currencies such as the Australian and New Zealand Dollars pared most of their gains. Meanwhile the anti-risk Japanese Yen still finished weaker (but losses were trimmed) as the S&P 500 ended 0.63% lower. The Canadian Dollar saw some declines after local hourly earnings fell short of estimates (see US session calendar below).

As we begin the week, we may see some declines in APAC equities as regional bourses get a chance to price in stronger US wage growth data. It should also be worth noting that December 2018 Fed rate hike bets are not fully priced in yet. This leaves the Nikkei 225 and ASX 200 vulnerable should market mood deteriorate. As such, we may see the Yen outperform as AUD and NZD depreciate. How appropriate considering that AUD/USD struggled to overturn its dominant downtrend last week. 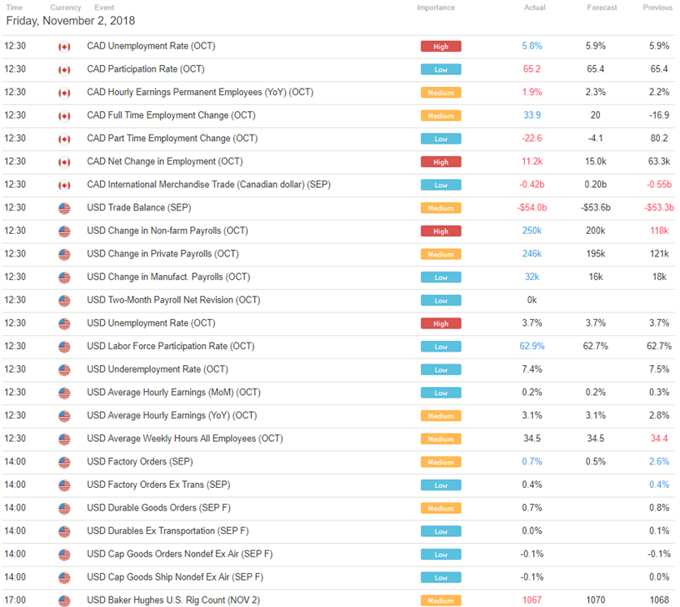 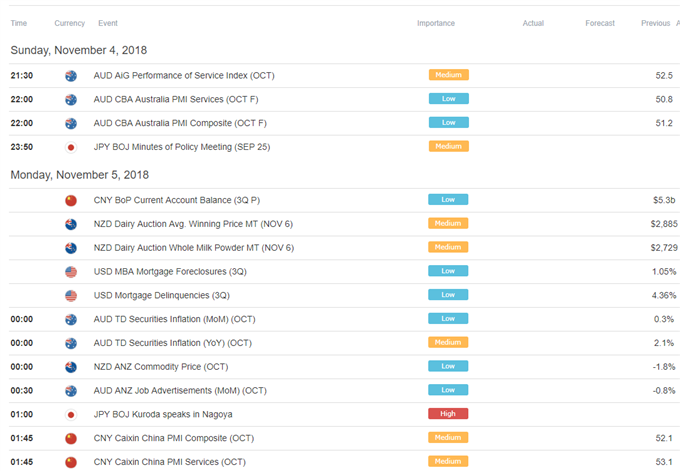