Ahead of the July FOMC Meeting

In this edition of Central Bank Watch, we’ll review the speeches made over the past week by various Federal Reserve policymakers, including the Fed Chair himself. The July FOMC meeting is just around the corner, and given the uptick in concerns around the delta variant, the upcoming meeting – typically overlooked as it falls between the June FOMC (which brings a new Statement of Economic Projections (SEP)) and the August gathering in Jackson Hole, Wyoming – may draw heightened interest.

Last week, Fed Chair Jerome Powell traversed Capitol Hill to deliver his semi-annual testimony to Congress. While ceding some ground with respect to recent inflation data, the Fed Chair himself was resolute with respect to the broader narrative the Fed has constructed in recent months: inflation is by-and-large a temporary phenomenon, and the damaged labor market needs more time to health.

After some bumps following the June FOMC meeting, the narrative around what exactly normalization means has been clarified time and again: it’s not going to be quick.

July 16 – Powell (Fed Chair) acknowledged at his Congressional testimony that recent elevated price pressures constitute “a shock going through the system associated with thereopening of the economy and [the reopening has] driven inflation well above2%, and of course we’re not comfortable with that.” However, he acknowledged that this doesn’t mean tightening is necessarily imminent, saying “inflation has increased notably and will likely remain elevated in coming months before moderating.”

progress” on both inflation and employment, noting that he believes “we are in a situation where we can taper.” However, he noted that “[The FOMC doesn’t] want to jar markets or anything – but I think it is

time to end these emergency measures.”

Traders shouldn’t expect much color before July 28, however, as the Fed is officially in its communications blackout period. 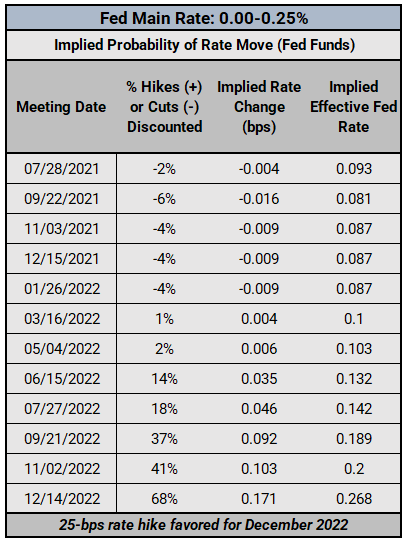 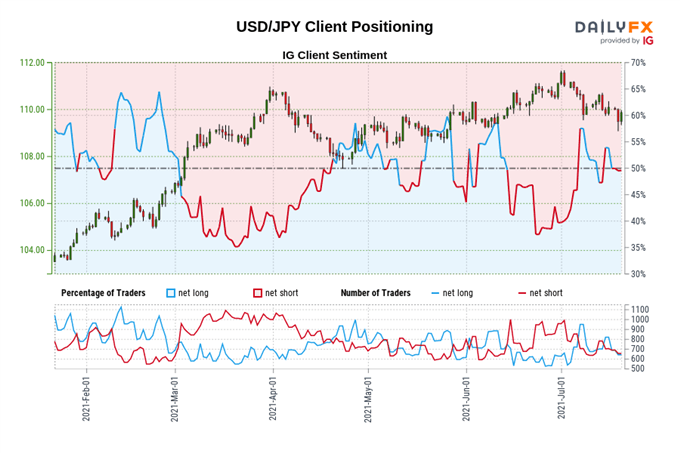