Heading Away from the June FOMC Meeting

In this edition of Central Bank Watch, we’ll review the speeches made over the past week by various Federal Reserve policymakers, including the Fed Chair himself. The June FOMC is in the rearview mirror, and the initial reaction by markets was that a more hawkish Federal Reserve was moving into focus on the horizon.

More Than Talking About Tapering

In the immediate aftermath of the June FOMC meeting where Fed Chair Jerome Powell said its time to “retire” the phrase “thinking about talking about tapering,” Fed policymakers have been in a pseudo-damage control mode, attempting to shape the narrative around what exactly normalization means: it’s not going to be quick.

June 23 – Kaplan (Dallas president) says that the US economy could “make substantial further progress,which I think willhappen sooner than people expect – sooner rather than later – and we’re weathering the pandemic, I think we’d be far betteroff, from a risk-management point of view, beginning to adjustthese purchases of Treasuries and mortgage-backed securities.”

Bowman (Fed governor) comments on the transitory nature of inflation, that “upward price pressures may ease as thebottlenecks are worked out, but it could take some time.”

June 22 – Powell (Fed Chair), at the US House Select Subcommittee on the Coronavirus Crisis, downplays high inflation, and says “a pretty substantial part, or perhaps all of the overshootin inflation comes from categories that are directly affected bythe re-opening of the economy such as used cars and trucks.”

Williams (NY president) sees interest rate hikes as a “way off,” as “right now, really, I think the attention is on the taper.”

June 21 – Bullard (St. Louis president) says that “we’re in a much stronger position with respect toreopening than we would have anticipated and inflation has comealong with it.” He also noted that “[the Fed has] to be ready for the idea that there is upside riskto inflation and for it to go higher.”

June 18 – Kashkari (Minneapolis president) notes that he thinks the best path forward is to keep rates near zero “through the end of 2023” to give labor markets ample room to return to pre-pandemic strength.

Bullard says in regards to the taper discussion, that “the chair officially opened thediscussion at this past meeting.” 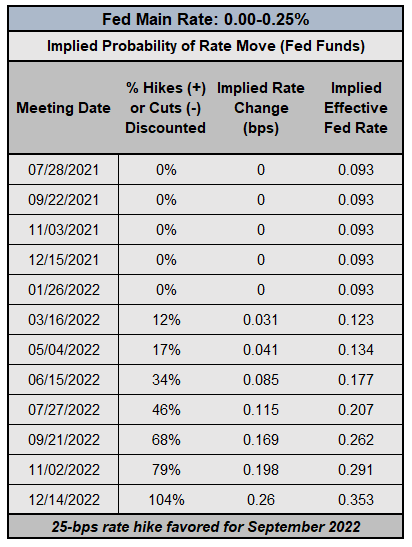 After the June FOMC meetings, Fed funds futures are pricing in 0% chance of a change in Fed rates through January 2022, down from near 10% ahead of time. However, the term structure suggests increasing odds as the calendar moves forward in an increasingly pronounced manner. In fact, as things stand now, rates markets are pricing in September 2022 as the first month that the Fed acts on rates and brings forth a 25-bps hike. This may be too aggressive given some of the comments in recent days.

There’s been a lot of conversation around the perceived timeline of the Federal Reserve’s plan to taper its asset purchases, a discussion likely to continue over the coming days; there are 16 Fed policymakers due to hit the news wires in the final full week of June.

In consideration of the recent comments and market timing, it appears that the taper timeline is shaping up as such: 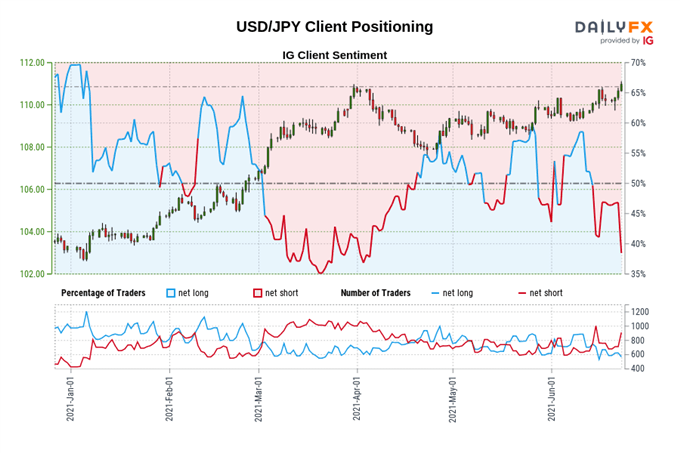