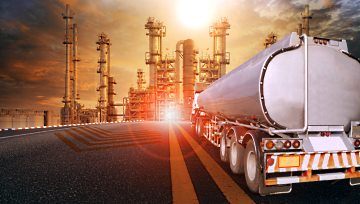 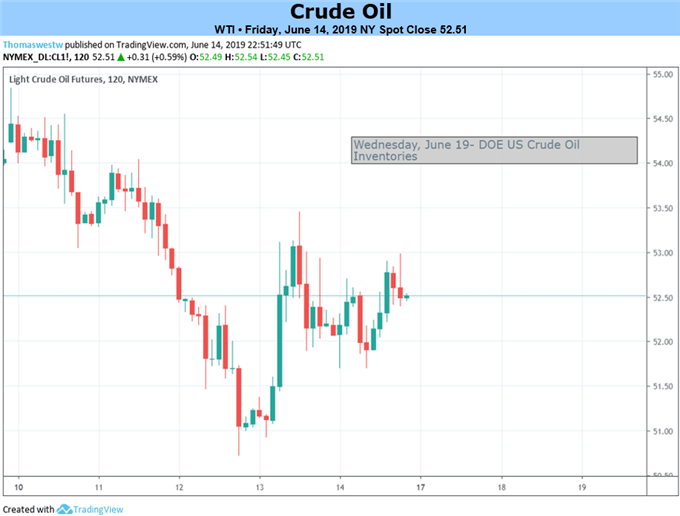 Crude oil prices will find themselves potentially in a tug-of-war between rising geopolitical tensions in the Middle East – with Iran at the epicenter – and fading optimism over the future of global growth. Markets will be closely eyeing the FOMC rate decision where investors are largely expecting for policymakers to hold rates. However, market participants will also likely be expecting for commentary to hold dovish undertones.

The most recent publication of US CPI shows that price growth is weakening, giving the Fed impetus to shift away from its neutral stance. If Chairman Jerome Powell comes off dovish, it may send the S&P 500 higher as investors cheer the prospect of cheaper credit. As a cycle-sensitive commodity that frequently mimics movements in the benchmark equity index, crude oil prices may also rally.

Crude oil prices may get an additional boost if geopolitical tensions in the Middle Eastern Gulf states – namely between Iran and its neighbors – rises. Earlier this week, news broke that a Japanese tanker was attacked in the Strait of Hormuz, a key geographic point where approximately 20 percent of all oil shipments have to pass through. Crude oil prices jumped amid accusations from Washington that the attack was orchestrated by Iran. 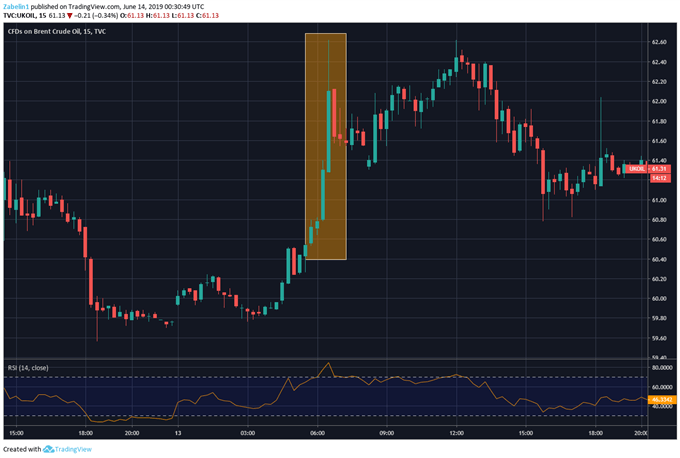 However, supply shock fears from geopolitical risks may be overshadowed by eroded global demand and significant shifts in sentiment. Next week’s FOMC meeting may be a catalyst for risk aversion if dovish commentary is characterized by an unusual amount of pessimism regarding the outlook for growth. The BoE rate decision may amplify this effect if its assessment of Brexit and the economy echoes a similar message.