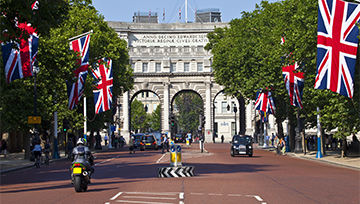 - The UK is keen to discuss the future trading relationship between it and the EU post-Brexit; the EU wants other issues to be agreed first.

- That makes the meeting of the European Council on December 14 particularly important; it will have to decide whether to move on to trade talks and that could be important for the Pound.

I’ll be discussing market sentiment in my weekly webinar on Monday. You can sign up here

December 14 looks likely to be a crunch date for Brexit. It marks the start of a two-day meeting of the European Council, which will have to decide whether enough progress has been made on citizens’ rights, the divorce bill and the border between Northern Ireland and the Irish Republic to move the Brexit talks on to the future trade relationship between the UK and the EU.

The European Council consists of the heads of state or government of the EU countries plus senior EU officials and it will have a tough decision to make on whether to move on to trade negotiations, which the UK is keen to do. That makes the possibility of a major row between the UK and the rest of the EU a distinct possibility, and one which would likely hit the British Pound hard.

As discussed in this column on Thursday, Brexit is expected to be a major driver of the currency now UK interest rates seem likely to remain on hold into the foreseeable future, and the Pound is likely to weaken if the negotiations hit a roadblock.

Meanwhile, there has been vague talk in Westminster that if Chancellor of the Exchequer Philip Hammond’s budget on November 22 is poorly received he might be replaced. That seems unlikely but were it to happen it could also set back the Brexit negotiations and therefore be negative for the Pound.

Hammond is seen as a moderate and if he were to be replaced by a Brexit hardliner, such as Foreign Secretary Boris Johnson, that would make a Brexit agreement even harder to reach. For traders in the Pound, which barely rallied Friday after Thursday’s falls, it’s another reason to tread carefully.