Today the British pound went up, way up. The market began to bring forward the next expected rate hike from the Bank of England from May 2018 to late 2017, which helped to bid up the British Pound and bring a 1.42% pop in GBP/USD. Naturally, a tighter Bank of England that is looking to clamp down the inflation seen despite lower real wages (wage growth minus inflation) brought FTSE and Gilt sellers out. The weaker pound post-Brexit helped to boost exporter’s revenue translation and earnings benefits, which would be limited or erased with a stronger GBP.

After the dust settled, you had banks now looking to the November Bank of England meeting as a possible time for the Bank of England to raise rates. The November meeting will bring a lot of volatility as it is a Super Thursday that brings about an inflation report, economic outlook, and an MPC rate decision. The safer bet when looking at futures markets seems to be February, but central banks like Bank of Canada (Carney’s prior head governor locale) has jumped in front of the market to put a clamp on inflation as the Bank of England is expected to attempt.

US CPI beat on the headline (y/y) and core inflation, which helped to keep the selling front-end treasuries (higher 2Yr yields) in play. The reflation trade that first showed its head in November may begin to take hold again that aligns with higher yields, higher USD, and a presumptively tighter monetary policy talking Federal Reserve. All in all, the CPI print was not a reason to doubt the Fed, but also not a reason to blindly buy-USD. One reason to point to the discounting of the CPI print is that a majority of the reason for the headline beat was gasoline and shelter pricing, which is being attributed to the temporary though violent hurricane season.

Crude Oil broke to an intraday high of $50.50/bbl and the 200-DMA on Thursday. The question becomes whether or not Bulls can hold the market above $50 and potentially stretch it higher. There was a large drop in managed money net longs from February to August, and a reloading could continue to lift Crude. Despite a discouraging EIA report on Wednesday, the longer-term fundamental outlook improved after OPEC and the IEA showed a strong jump in the growth outlook over the coming two years that may show the rebalance efforts are working. In the end, the price is the ultimate arbiter of opinion, and a continual hold above $45.38 would argue that a higher median toward $50/bbl could be in play. 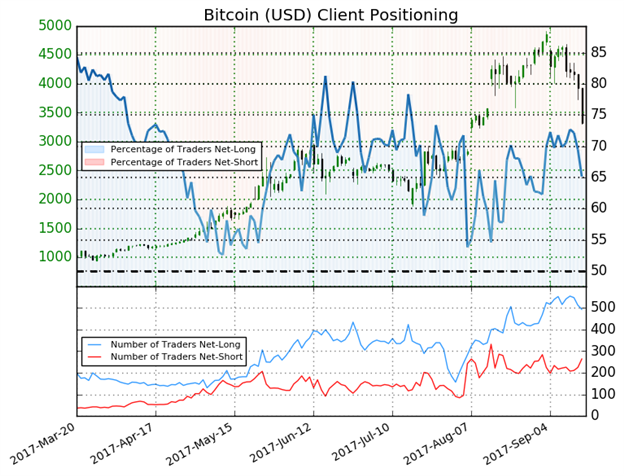